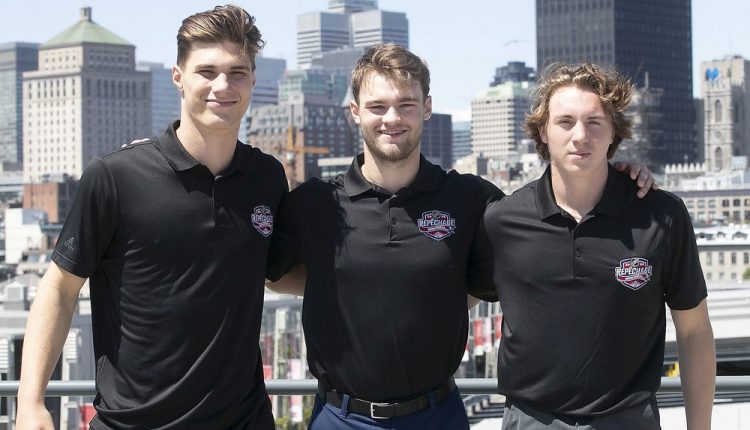 “You see the water, the bridge and all that,” potential No. 1 NHL draft pick says. “It’s tough not to picture yourself here.” 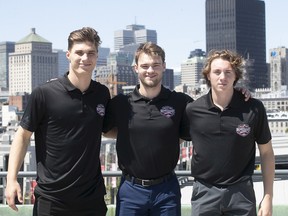 Shane Wright’s arrival in Montreal for Thursday’s NHL Draft (7 p.m., SN, TVA Sports) got delayed because of the police.

Wright’s father, Simon, was driving the family SUV and had just crossed the Ontario/Quebec border on Tuesday when a police car started to follow him.

The next issue of HI/O: Montreal’s Road to the Cup will soon be in your inbox.

“We were probably five minutes over the border into Quebec and we saw a cop on the side of the road,” Wright said Wednesday morning when the top draft prospects met with the media at the Montreal Science Centre in the Old Port. “My dad’s driving along and nothing goes about. And then he sees (the police car) drive past him, the same cop, and then (the police car) kind of pulled off to the side like he was trying to look at the car. And then he pulled in behind us and turned his lights on and pulled us over.

The policeman took the driver’s license and registration from Wright’s father and went back to his car to check them out.

A memorable Welcome to Montreal moment.

There could be an even bigger one Thursday night if the Canadiens end up selecting Wright with the No. 1 overall pick at the draft. The 6-foot, 199-pound centre from Burlington, Ont., is the top-rated North American prospect by NHL Central Scouting after posting 32-62-94 totals in 63 games this season with the OHL’s Kingston Frontenacs.

Teenage players don’t get to this point in their hockey career without help from their family members and Wright is no exception. His father is an account manager in the business world and his mother, Tanya, is a high-school teacher.

Wright was granted exceptional-player status to play in the OHL a year early at age 15 and posted 39-27-66 totals in 58 games with Kingston during the 2019-20 season. Last year, the OHL season was wiped out because of COVID-19, so Wright didn’t play.

Wright has been under a very bright spotlight since becoming one of only five players ever granted exceptional-player status in the OHL, joining John Tavares, Aaron Ekblad, Connor McDavid and Sean Day.

With so much focus on Wright this season leading up to the NHL Draft and with his game being picked apart, his father decided to delete his Twitter account, telling Joshua Clipperton of The Canadian Press: “It’s out of control.”

His mother told Clipperton she wasn’t prepared for the scrutiny of her son this season.

“If every kid was scouted to the same degree as Shane, you could pick apart any player,” she told Clipperton. “That was a real eye-opener.”

Photo I took this morning of Juraj Slafkovsky and Shane Wright at media event in Old Montreal for top prospects ahead of tomorrow night’s NHL Draft. One of them is likely to be selected by #Habs with the No. 1 overall pick #HabsIO pic.twitter.com/9EZ9ydXYj7

This marks only the second time Wright has been in Montreal. He said the first time he visited the city was six or seven years ago when he played in a spring hockey tournament.

On Wednesday morning, Wright visited the Canadiens’ practice facility in Brossard along with the other top prospects for a youth clinic.

“You look out the window here and you see the water, the bridge and all that. It’s tough not to picture yourself here.”

How Montreal is constructing a robotic workforce