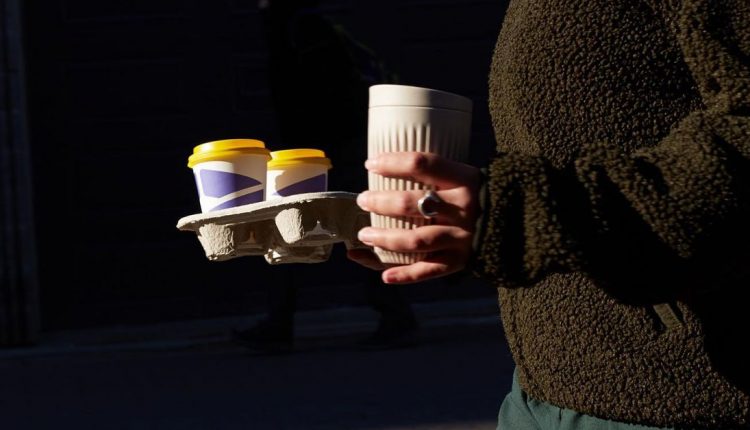 January 2022 has turned into a big month for Montreal’s mini food empires, with several having just expanded west. First up on the Montreal export list was shawarma chain Boustan, followed by local coffee staple Dispatch, and then Indian street food outfit SpiceBros. Come March, sisterly salad project Mandy’s will join them. See below for all the details.

Leading Montreal shawarma get-up Boustan made inroads into the Greater Toronto Area (GTA) with the opening of a new outlet in the suburb of Scarborough on January 11. Founded in 1986 by “Mr. Boustan,” the operation has since evolved into a full-blown franchise with dozens of locations across the province, and one in Ottawa. Next up for the progenitor of the “creation pita” — and expert garlic potato slinger — are openings in Cornwall, and Toronto’s York Mills, with BlogTo reporting seven to 10 locations slated for the GTA this year alone.

Seven years after opening its first Montreal location (after running a successful mobile coffee truck for a couple), this local fixture landed on Toronto’s Bay Street on January 26. Boasting a smaller network of locations than Boustan, Dispatch otherwise counts just three Montreal spots: its flagship and roastery on St-Zotique, plus a cafe on the Main and another at McGill University. That said, its Canada-wide online subscription service, launched in 2018, would certainly have provided some insight into appetites outside of the city.

This Indian fast-casual street food chain’s new Toronto location is its eighth to date — and first out of province — since opening in Montreal’s West Island in 2018, where it is known to dish up plenty of pakoras, “Frankie Rolls” (naan wraps filled with butter chicken, spinach paneer, chana masala, and more), and lemon turmeric cookies. Plans for five more locations in the neighboring province are in the works over the next 16 months, following its grand opening in Toronto on January 29, BlogTo reports.

Local salad juggernaut Mandy’s got its start nestled into the back of a Westmount clothing boutique in 2004, but now comprises eight Montreal outposts featuring its iconic Paris-bistro-swathed-in-pink design. In March, owners (and sisters) Rebecca and Mandy Wolfe will be branching out with their first Toronto locale, and a second is planned for the summer, according to CTV.

2 males are in hospital after separate shootings in Montreal