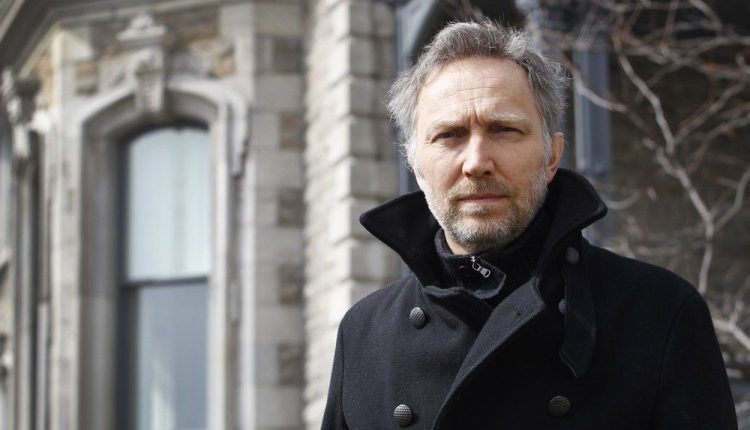 While a developer can walk away from a mediocre building once it’s sold, city-dwellers are stuck with it. “For the city, it’s a tragedy.”

What would an international expert think of Montreal’s recent architecture?

To find out, the Montreal Gazette took French architecture critic Emmanuel Caille on a walking tour of downtown and Griffintown. He also visited the $52.6-million indoor soccer stadium that opened last year in the St-Michel district.

Caille, the editor of the Paris-based architecture magazine “d’a”, was in town to take part in a panel discussion last week on architectural criticism, organized by the Maison de l’architecture du Québec and the Royal Architectural Institute of Canada (RAIC).

Caille’s verdict on our fair city ranged from a thumbs-up for the pricey new soccer stadium to shocked incredulity over a new hotel annex to the Mount Stephen Club, a historic mansion at 1440 Drummond St.

Built from 1880-83 for Lord Mount Stephen, the first president of the Canadian Pacific Railway, it has been in the news recently after suffering structural damage during construction of the annex.

Caille, an architect as well as an editor, did not comment on the structural problems, but he did give a visual assessment of the hotel addition, an 11-storey cement-panel structure tucked behind the mansion.

“It’s quite brutal in the city,” he said.

From de Maisonneuve Blvd., the hotel addition presents a view of three blank walls with a shed-style roof.

Caille was also perplexed by the front façade, dotted with small windows of different sizes.

“What is not obvious is what relationship there is between this building and the mansion. I don’t see any,” he added.

The hotel addition shows why projects should not be conceived in isolation, Caille said. City planners should have put forward a vision for the entire block, which includes an outdoor parking lot on de la Montagne St. that would have made a better site for a high rise, he said. Interesting alleyways and outdoor spaces could have been included, he said.

“Everybody is turning their back to one another,” he said of how the different properties on the block don’t relate to each other.

At the Ritz-Carlton hotel on Sherbrooke St., Caille said a glass condo addition completed in 2013 is a good example of how to update a historic building for modern use.

But he criticized white PVC windows on the hotel’s Sherbrooke St. façade for their thick frames and mullions, which don’t suit the building.

“That’s horrible,” he said. “Windows are the eyes of a building. When women use an eye pencil to emphasize their eyes, it changes everything.”

In Griffintown, Caille was unimpressed by the banal architecture of condo towers that have sprouted in recent years in the former industrial district, which is undergoing rapid transformation.

But the former Dow Planetarium at 1000 St-Jacques St. W. caught his eye. Built in 1966, it closed in 2011. The city turned it over to the Université du Québec’s École de technologie supérieure in 2013. ÉTS announced it would transform the building into a “creativity hub” but so far the building has sat vacant.

Caille said the domed landmark has great potential to be recycled for a new vocation.

“When a building is dirty and dilapidated, people don’t see its beauty. You have to see the beauty underneath the neglect,” he said.

Today there is a consensus that older heritage buildings should be preserved but it’s still difficult to rally public opinion behind buildings from more recent eras, like the 1960s, Caille said.

The Deloitte Tower, a new 26-storey glass office tower between the Bell Centre and Windsor Station, is nothing to write home about, in Caille’s opinion.

“It’s developer architecture,” he said. “There’s nothing interesting about it.”

Built by developer Cadillac Fairview, it is part of the $2-billion, nine-tower Quad Windsor project.

That includes the 50-storey Tour des Canadiens, which will be Montreal’s tallest condo tower for about a year, until the even taller nearby L’Avenue tower is completed.

Most people don’t notice the difference between good and bad architecture when a building is new, Caille said.

But over time, the defects of bad buildings grow increasingly obvious, while the good ones become beloved monuments, he said.

“People go to New York to see the architecture of the 1920s and 30s,” he said, referring to landmarks like the 1931 Empire State Building and 1928 Chrysler Building.

“Good architecture always pays off in the long term.”

Unfortunately, much development is driven by short-term considerations, he said.

While a developer can walk away from a mediocre building once it’s sold, city-dwellers are stuck with it, he said.

Caille is a strong proponent of architectural competitions, which he sees as a way to seek out the best talents and ideas.

“It forces people to think and it shows that for every problem, there are many solutions. It’s a way of accessing brainpower,” he said.

Kids arrive at the the new soccer complex at the Complexe environnemental St-Michel. Photo by Phil Carpenter /Montreal Gazette

The St-Michel soccer stadium has been criticized for its high price tag but Caille hailed it as an example of excellent design.

The ecological building designed by Saucier & Perrotte has three glass walls overlooking a park in the St-Michel environmental complex.

Caille said the stadium could be a catalyst for improvements in the hardscrabble north-end neighbourhood.

During Tuesday’s panel discussion, Paul Goldberger, a Pulitzer Prize-winning former architecture critic for the New York Times and the New Yorker, said that unlike other types of journalists, architectural critics rarely have an immediate impact on public opinion.

“Architectural criticism must take a very long view,” he said.

“One learns to think of one’s influence as more gradual, as shifting tastes and judgment over time.”

Goldberger, author of books including Why Architecture Matters, published in 2009, has written that the critic’s job is not to push for a particular architectural style, but rather to advocate for the best work possible.

He said the time in his career when architectural criticism enjoyed greatest prominence was following Sept. 11, 2001, during discussions over the rebuilding of the World Trade Center.

“It was a time when architectural criticism really was, I think, front and centre in the public discourse,” he said.

“There it was so clear that an issue of architecture was intimately connected to significant world affairs and one did not have to struggle to help people understand the connection between architecture and the rest of the world,” said Goldberger, who now writes for Vanity Fair and teaches at The New School in New York.

In a 2011 review of the new World Trade Center for the New Yorker, Goldberger said the design by architect Daniel Libeskind “struck a careful balance between commemorating the lives lost and reestablishing the life of the site itself.”

The panel discussion followed the awarding of two $1,000 prizes to young writers for architectural writing on the topic of libraries. The winning entries by Marie-Pier Bourret-Lafleur and Kristen Smith will be published respectively in Argus and Canadian Architect magazines.

Second Draft: In early 19th-century Montreal, life for the homeless was harsh certainly