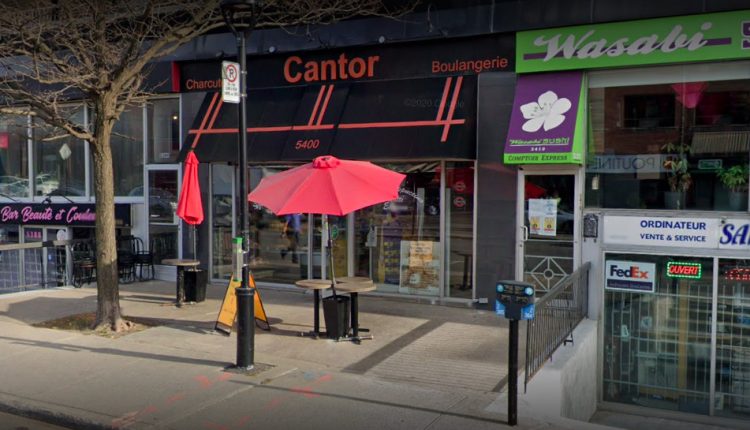 This is a running list of Montreal restaurants that permanently closed in spring 2022. Did we miss something? Send us a tip at [email protected]

Queen Mary Road bakery and deli counter Cantor is calling it quits in the face of a steep rent hike, per a report in the Montreal Gazette. The 60-year-old Snowdon shop, loved for its schnitzel, cheese bagels, and baked goods, will close up at the end of the month, but owner Joseph Cohen plans to open something similar, called Schnitzel’s, on Côte-St-Luc Come August. Once home to 65 Cantor outposts, Montreal will now be left with just one — a wholesale and retail outlet in St-Michel.

Two-year-old Monkland Village restaurant Baba Thai has closed due to the “pandemic, staff shortages, and unreasonable rent,” according to a Facebook post announcing the news on May 19. Chef Shawn Dascal (formerly of Moonshine BBQ, which closed in early 2015) owned the restaurant.

In April, Queer café and community space Le Cagibi announced that it would be permanently closing later in the spring, following some already-scheduled events. The last of these was held on May 28. The team cited eviction from its current Little Italy location as the primary reason for the closure.

This essential Centre-Sud casse-croûte — and authority on Michigan hot-dogs, stacked sandwiches, and all things poutine — held its last day of service May 11, cutting its final days even shorter than initially planned. On April 28, owners posted to Facebook announcing the restaurant’s closure, saying that “all good things must come to an end.” That end was set for May 13, but broken restaurant equipment hastened the closure. The family-run operation opened on Atateken Street (then Amherst) in 1962 serving $0.20 steamés — “$0.05 more than elsewhere because the sausage was bigger,” according to its website. Owner and granddaughter to Pataterie Chez Philippe’s founder, Mélanie Hachez, tells Urbania she’ll miss all the the laughter behind the counter and seeing her regular customers, but is looking forward to spending more time with her family in a different context.

Quartier des Spectacles cocktail bar Le Lab, an offshoot of the now-defunct, though once-revered Plateau spot of the same name, has closed. Opened in 2016, eight years after the original, the spot’s closing was announced on social media on May 9.”[E]very beautiful story has an end and ours has finally come. Bar le Lab, Comptoir à Cocktails is closing its large red velvet curtains and bowing out, with great regret,” the post said (originally in French, but translated here.) The bar did not provide a reason for the closure this time around; its first location, on Rachel Street, shut down in 2018, after its landlord reportedly refused to renew its lease.

After months on hiatus, noteworthy Mile-Ex restaurant and proponent of terroir-driven cuisine Manitoba has confirmed that it will not be reopening. Owners Frédéric Fortin, Elisabeth Cardin, and Simon Cantin shared the news in a statement posted to social media on May 11, thanking staff and patrons for a memorable eight years. But now, they note, it’s time they “go play in the forest, where we feel our best.”