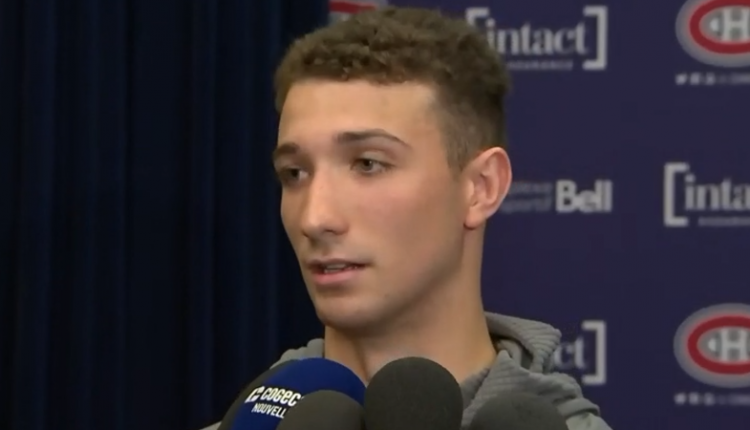 The camp will begin with medical exams and physicals at the Bell Sports Complex in Brossard.

Drafted first overall in July, Slafkovsky will be one of 15 forwards. There will also be 10 defensemen and three goalies.

The group has 18 Tricolore draft picks, including six drafted this year.

Four players will be there as part of a professional tryout.

Rookie Camp opens on Wednesday at the Bell Sports Complex in Brossard.#GoHabsGo https://t.co/dOjDDkQIPE

In net, it will be Antoine Coulombe, Riley Mercer and Joe Vrbetic.

On the first day of camp, the prospects will head to Buffalo to participate in the Rookie Tournament, an event that will also feature young players from the Sabers, Senators, Bruins, Devils and Penguins.

The tournament will be held Thursday through Sunday at the Sabers’ training complex, LECOM Harborcenter.

Laval Rocket head coach Jean-Francois Houle will lead the practices, games and on-ice evaluations. He will be assisted by Kelly Buchberger, Martin Laperrière and Marco Marciano.

The Canadiens’ regular season will begin on October 12 at the Bell Center against the Toronto Maple Leafs.

This report by The Canadian Press was first published in French on Sept. 11, 2022.