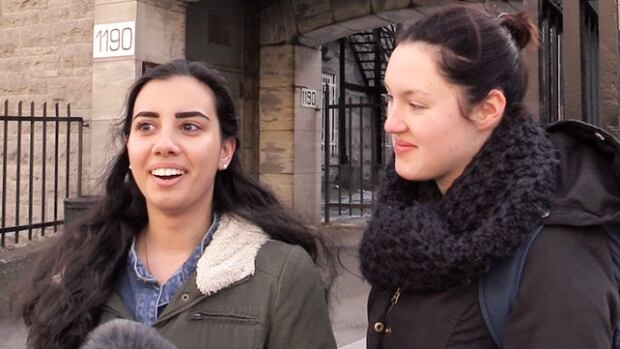 Sisters and Ghosts: Grey Nuns and Different Locations in Montreal

In a historically rich city like Montreal, the past is much more present than you might think.

The city’s violent past could be a reason for its haunted reputation, said Donovan King, a professional actor and local paranormal expert, citing pre-colonial Aboriginal warfare, Anglo-French power struggles and FLQ-related violence.

“For all of these historical reasons, Montreal is probably the most haunted city in Canada, if not all of North America,” he says.

Whether you believe in ghosts or not, the stories of some of Montreal’s most notorious ghost sightings are enough to get chills down your spine.

Concordia’s Gray Nuns Building on the corner of Guy Street and René-Lévesque Boulevard is one of those haunted places in Montreal, according to King and other sources.

Built in 1871 as the motherhouse of the congregation, this imposing building once housed more than 1,000 nuns and served as a hospital and orphanage at the same time.

In 2007, Concordia University bought the mother house and converted it into a student dormitory.

Concordia has renovated much of the historic site, with the exception of the cellar crypt, which houses 232 nuns.

The remains of the nuns would have to stay there for health reasons, as many died from highly contagious diseases, King says.

“Students moving into the residence are literally sleeping over a cemetery, literally a few feet below,” he says.

“Many students shy away from it.”

King traces the origins of the ghost stories to a fire in 1918 on the top floor of the building that was then the orphanage.

According to media reports from the time, more than 50 children were trapped and died in the flames.

Donovan King of Haunted Montreal Tours tells the story of the fur trader Simon McTavish from the 18th 3:33

Despite not having experienced anything paranormal, Kayla Fanning, resident of Gray Nuns, says she still feels something sinister about the building.

“I think it’s pretty scary. I feel like I’m in a ghost hospital.”

Another resident, Melissa Harrison, adds that she has heard these stories many times. “That’s all anyone has ever talked about…. It’s a lot more than I thought. “

“Some people get really pissed off when you suggest there might be a ghost in their building, especially if it’s a company.”

He cites an incident outside the Le Cinq nightclub on the corners of street de la Montagne and Ste-Catherine street while conducting a tour.

Le Cinq used to be a funeral home, and the club’s supposed hauntings are already well documented. A popular ghost story is that of a faceless woman with a Y-shaped scar on her chest who haunts the bathroom in the basement.

“I had to take him aside and say, ‘Look, this is actually good for your business. I advise these haunted people to have a drink after the tour.’ And only then did he realize that it is not necessarily a bad thing if something is being persecuted. “

Meanwhile, Concordia has tried to downplay the ghost stories out of respect for the dead.

While Montreal has a long list of notorious deceased residents, some consider the stories to be just that.

“I don’t even believe in ghosts. I think they’re mostly a myth or hallucinations or something like that,” says Mozes, who often walks through the allegedly haunted Dorchester Square after dark.

“They are a construction of the mind,” he says.

Whether these ghost stories are fact or fiction, they certainly add even more color to a city that is already steeped in history.

MTL After Dark is a collaboration between the Department of Journalism at Concordia University and CBC Montreal.

Undergraduate and graduate students on a multimedia course found and produced original stories about Montreal after dark.

In small teams, they developed their stories in text, audio, video, photography, infographics and maps in the winter semester.

21 movies set in Montreal to discover the town via cinema

The Greatest Locations To Get Macarons In Montreal