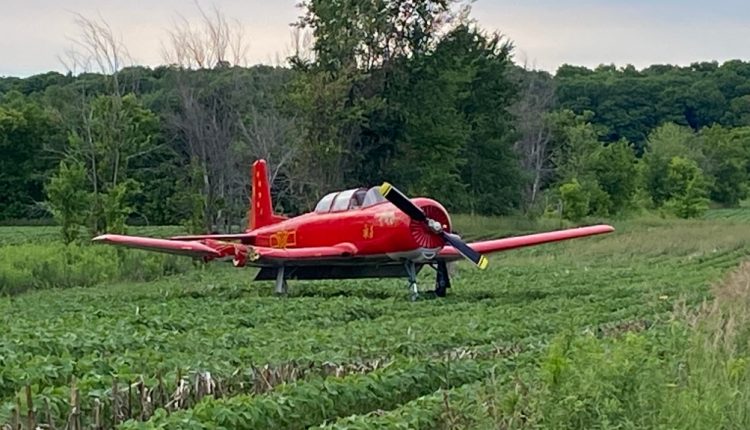 Quebec pilot who hit garden tractor killing girl did not get okay to land, TSB

The Transportation Safety Board of Canada says a pilot who struck and killed a Quebec woman as she was cutting grass near a landing strip north of Montreal didn’t obtain permission to land there.

The independent agency released its report today into the July 5, 2021, collision at the aerodrome in St-Esprit, Que., which was leased and operated by the Parachute Montréal skydiving club.

The report says the pilot, who had worked for Parachute Montréal in the past but was not that day, was alone in a single-engine Nanchang CJ6A aircraft and was landing to have lunch at the aerodrome after conducting aerobatic training flights.

He had communicated with the pilot of the parachuting club’s plane, a Twin Otter, as it prepared to land after dropping skydivers, and he agreed to land one minute after the Twin Otter.

The pilot couldn’t see the runway ahead of him because of the normal configuration of the plane while landing, and the plane’s wing struck a lawn tractor at the moment he expected to touch down on the landing strip.

The driver of the tractor was killed and the plane was seriously damaged, but the pilot was not injured.

The agency says the pilot thought he could land there without the legally required permission to use its aerodrome. He had not notified the operator of the aerodrome of his intention before his flight.

“This accident highlights how important it is for pilots to obtain permission to use an aerodrome when prior permission is required, so that aerodrome operators can co-ordinate the various activities taking place at the aerodrome,” the report found.

The investigation concluded that the regular grass-cutting team for the parachute club was unavailable that day and another person was alone cutting the grass.

There were no written procedures for maintenance of the aerodrome, but according to an agreement between the aerodrome manager and the subcontractor, the grass was to be cut only when the Twin Otter was on the ground and no skydivers were in the air.

The safety board says its investigation was unable to determine whether the driver of the tractor was aware of the presence of the Nanchang.

“Individuals working near a runway must remain vigilant and continually scan the runway and its two approaches before entering or crossing it,” the report concluded.

— This report by The Canadian Press was first published March 10, 2022.

Hit the spot: 12 tasty locations to eat after an evening of ingesting in Montreal