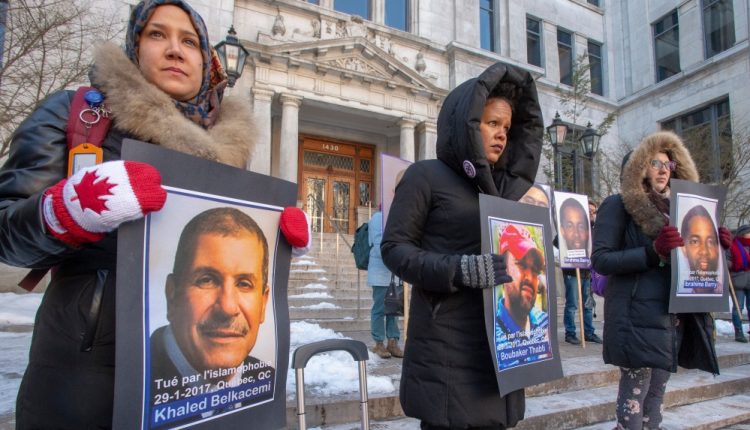 Five years after a gunman killed six men inside a Quebec City mosque, survivors of the attack and members of the community will gather Saturday to mark the tragedy.

They are also using the anniversary to highlight ongoing discrimination faced by Muslims and issue a call for gun control.

Boufeldja Benabdallah, the co-founder of the mosque, told a news conference Thursday that his thoughts are with six fallen brothers, the five men who were seriously injured and 35 other survivors who live with memories of the bloodshed.

Benabdallah says this year, the community also wants to spark action on gun control, systemic racism and the impact on the Muslim community of Quebec’s secularism law, known as Bill 21.

“We said, not only will we make speeches and appeals, but we must take action,” he said.

He says there’s more openness among the Quebec City population since the mosque attacks, but Islamophobia remains a scourge online, coming from an “active minority” on social media who can influence others.

Organizers of Saturday’s memorial event near the mosque, which will be livestreamed, say fighting such hatred requires solidarity from everyone, including political allies.

“In Quebec, our premier has not yet recognized either systemic racism or Islamophobia as existing,” Maryam Bessiri, a Quebec City resident, told the news conference. “When we name things, we put in place the tools to fight them.”

Benabdallah says it was initially hard convincing worshipers to come back to the mosque when every unexpected noise would have people looking behind their backs, but renovations and added security measures, completed last year, have helped calm some of those fears, he said.

Said Akjour, who was shot during the rampage, says he stayed away for a long time.

“When I come in (the mosque), it’s like it happened just yesterday,” Akjour said during the news conference in the prayer room, his voice trembling as he pointed out where he’d seen many of the victims sitting before the attack. “It’s a big loss, but today, after five years, for me, there’s a sense of pride reciting these six names.”

Akjour says the injured and survivors are sometimes forgotten when recalling the tragedy, noting at least one victim, Aymen Derbali, now needs a wheelchair.

Personally, Akjour says he lost much in the aftermath of the attack — his marriage, his house, his job — and struggled to get counseling through an assistance program for crime victims. But he says he is in a good place now and only sees positive things.

Mohamed Labidi, co-founder and former president of the mosque at the time of the attack, says moving on is difficult when other tragedies revive painful memories.

He gives the examples of 51 murders at two mosques in New Zealand in 2019, the 2020 killing of a Muslim man doing a health screening outside a Toronto mosque and the June 2021 killings of four members of the Afzaal family from London, Ont., who were run down while out for an evening walk.

“We’re trying to turn the page, with difficulty, because there are always incidents that remind us of the events,” Labidi said. “There are also things that spoil this peace of mind that we look for, like Bill 21, like the ongoing court hearings involving the killer.”

Convicted Quebec City mosque shooter Alexandre Bissonnette’s sentence remains before the courts, raising concerns for Labidi that families of the victims may end up having to relive the tragedy again in 25 years.

He was originally sentenced to life without parole for 40 years but had that reduced on appeal to 25 years.

The Supreme Court of Canada will hear an appeal of Bissonnette’s sentence in late March.

On Bill 21, Labidi says it’s clear the Muslim community is directly targeted. The secularism law was passed in June 2019 and bans the wearing of religious symbols such as hijabs, kippahs and turbans by teachers, judges, police and other government employees deemed to be in positions of authority.

Labidi says there’s great disappointment about the law among the Muslim community and he has a list with as many as 50 people — including children — who’ve left Quebec City since the law was adopted, mostly for other provinces. He doesn’t believe the exodus is over yet.

“It’s clear discrimination that normally a democratic society would not permit,” Labidi said.

Amid the pain, there’s a desire to make the most of second chances. Mohamed Khabar, one of those wounded in the attack, told a discussion on gun control this week that he is using what he considers a second life to push for a pan-Canadian handgun ban. He co-signed a letter sent to federal and Quebec politicians this week.

Shot twice by a handgun, Khabar says he was lucky to survive. The six men who died and the screams of children inside the mosque are etched into his memory.

“We want as a minimum for the government to act to prevent a future tragedy,” Khabar said. “We’re doing this, not for ourselves as we have lived it, but for others to not have to live it.”