When Kim Reed opened the doors to On Rock Community Services Friday morning, there was already someone waiting to be registered for the food bank.

Reed, On Rock’s president, said this is becoming a regular occurrence, with people signing up for services almost every single day. It’s something many of Quebec’s food banks are struggling with.

In the span of about two years, On Rock has gone from serving 210 families in Pierrefonds to 280 families.

“We’re seeing more and more families coming who never imagined that they’d be at the door of a food bank,” he said.

“With the cost of everything being what it is, whether it’s for your car, your home, for food … at some point something’s got to give and the easiest thing to replace is the food.”

But On Rock’s supplies are dwindling. The organization is having a hard time finding non-perishables and staples, like sugar or flour, to help families meet their needs.

“All we know is our shelves that are always full — some of them aren’t so full,” said Reed.

Suzanne Scarrow of the West Island Mission says demand has exploded in the last few months due to the rising cost of living. They are also seeing fewer donations from the community and corporate partners.

On Rock isn’t the only food bank seeing a decline in stock. Suzanne Scarrow, the executive director of the West Island Mission, says demand has exploded in the last six months. It’s gone up about seven times what it was just last January, she said.

Martin Munger, executive director of Food Banks of Quebec, said the hike in demand is something the province has never seen before — it has more than doubled since the start of the COVID-19 pandemic.

Inflation as a culprit

Food banks are attributing the phenomenon to inflation and the rolling back of COVID-related emergency funding.

Not only are clients struggling financially, but people — and corporations — are donating less.

Scarrow said some West Island Mission’s corporate partners are pulling out. Recently they had one cancel their donation of 250 backpacks right before their back-to-school drive. 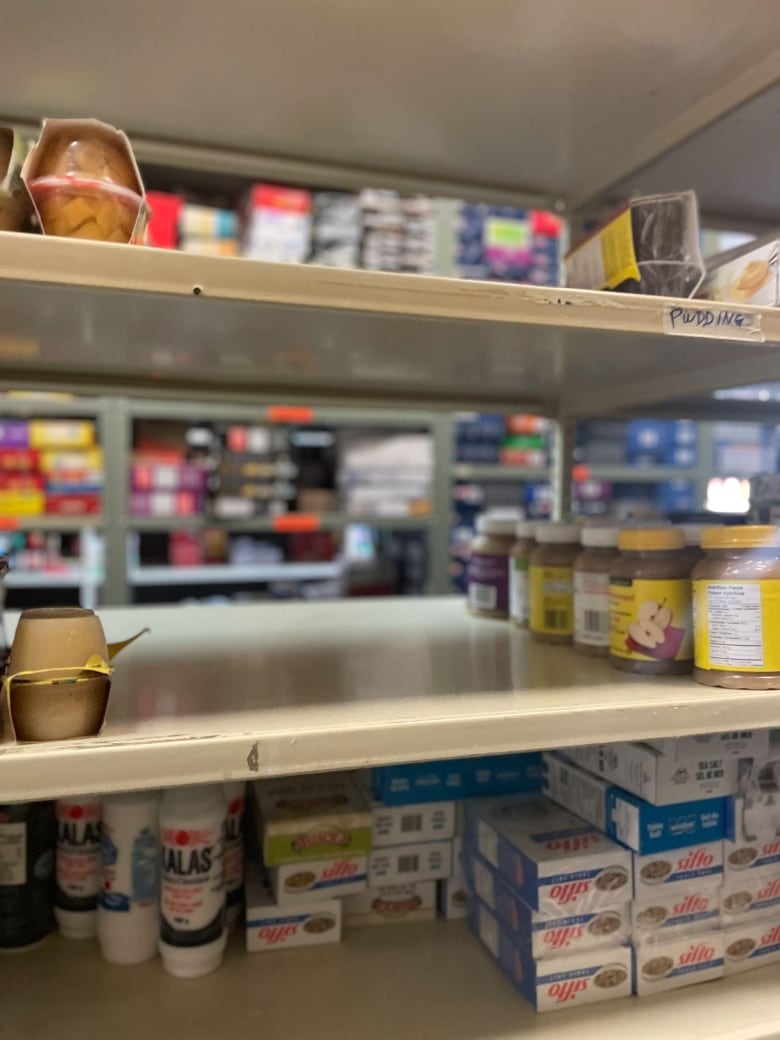 Many food banks are seeing shelves emptied faster than they can be refilled. (John Ngala/CBC)

“They said ‘this is devastating news,'” Scarrow said. “My reaction was ‘if you think this is devastating, imagine how it is for us.’ We’re seeing it among our clients but it’s almost like it’s a trickle down from the top.”

Cash donations are smaller and they don’t go as far as they used to with the cost of food, gas and labor going up.

“We absorb all this loss, it’s a big effect,” said Munger.

“Are we going to have enough for every family, and once we give that out, what do we do next week?” Reed said he asks himself weekly.

A change in demographics

Food banks have been surprised to see a change in their clientele. They say they’re seeing a lot more seniors and what they call the “working poor.”

People with limited employment income, a fixed pension and those receiving unemployment insurance are among new clients.

“They budgeted themselves down to the last five dollars and now with the inflation they can’t buy their groceries, they can’t put gas in their cars,” said Scarrow.

The West Island Mission even changed how it defines low income, raising the standard Canada Revenue Agency bracket by about seven per cent. Scarrow said the old standard for low income was no longer realistic because of inflation.

“They’re making a choice to either pay their rent or buy their groceries, it’s really tough.”