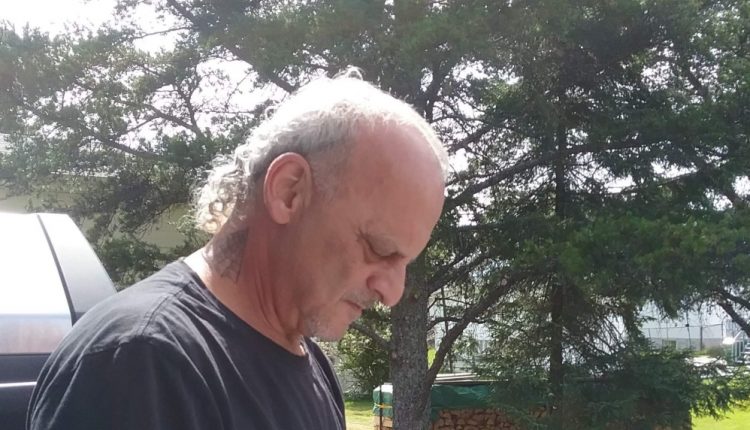 The relatives of a man from Senneterre, Que., who died Monday morning in the elevator in front of the operating room of the Amos Hospital, believe that he has become the first victim of the breakdown of health services in the small municipality of Abitibi- Temiscamingue.

Miguel Genest said his father, Richard Genest, complained of stomach pains that started out mild and became more painful as the day went on.

Believing he was dealing with a kidney stone, he didn’t pay too much attention to it because he had already been through that problem, said Genest.

But during the night, the pain became unbearable. His father had to call an ambulance since he could not go to the emergency room in Senneterre.

The ER in the town has been closed from 4:00 pm to 8:00 am since Oct. 18 as part of the “reorganization” announced by the Center intégré de santé et des services sociaux de l’Abitibi-Témiscamingue (CISSS-AT) and supported by Health Minister Christian Dubé.

A province-wide reorganization of health services was meant to respond to critical understaffing.

But at the time of Genest’s 911 call, the only ambulance serving Senneterre was already on its way to Val-d’Or. It was therefore an ambulance from Barraute, about 30 kilometers away, that had to come and get the 65-year-old man, who was in bad shape.

According to the account the man’s son gave to The Canadian Press, the man had to wait an hour and a half before the paramedics arrived. The son went to his father’s bedside to wait with him.

Once in the ambulance, Genest was transported to Val-d’Or, more than 60 kilometers southwest of Senneterre. Having no news from his father, Genest was worried.

Richard Genest, 65, was transported to two different hospitals before he died in the elevator of the Amos Hospital, according to his family. (Source: CTV News)

Richard Genest, 65, was transported to two different hospitals before he died in the elevator of the Amos Hospital, according to his family. (Source: CTV News)

A few hours later, around 6:20 am, he finally received a call from a doctor in Val-d’Or who told him that she did not understand why his father had been brought to her, as he should have been sent to the hospital in Amos, Que.

The doctor said there was a fissure in his aorta, the main artery of the heart, and he needed emergency surgery.

“She told me, ‘We’re going to hope he makes it, but I don’t know if he’s going to make it,'” recounted the son, who is angry at what he called the disorganization of health services.

“He left Senneterre by ambulance. He went to Val-d’Or. We don’t know how long he stayed in the emergency room before seeing a doctor. He lost consciousness. He was resuscitated. They sent him to Amos,” he recalled.

Once he arrived in Amos, nearly 70 kilometers northwest of Val-d’Or, Genest passed away in the elevator meant to take him to the operating room.

When the doors opened, the surgeon and the entire team were waiting for him, but there was nothing they could do.

When Miguel Genest arrived in Val-d’Or, he met the surgeon who had been waiting for his father.

“He said, ‘I don’t understand why he didn’t come here and go to Val-d’Or — they know that there is no cardiologist in Val-d’Or,'” Genest recounted.

The griveing ​​family said the tragedy is “frustrating” and it’s something they will have to live with forever.

“The doctor said if he would have arrived five minutes ago… I could have saved him,” said Jean Genest, Richard Genest’s brother, in an interview with CTV News on Thursday.

Jean Genest said his brother just had a new grandson enter his life a year and a half ago and was known as the “funny guy” in Senneterre. He had moved back to the town about five years ago to be closer to his son.

“He liked living,” his brother said. “What he liked, too, was to help other people.”

For the mayor of Senneterre, Nathalie-Ann Pelchat, Genest’s death is the example that she never wanted to have, that the whole community dreaded.

“We knew it was coming. We’ve been saying it since the beginning,” said Pelchat. “Unfortunately, it happened and now we’re asking Minister Dubé to change his mind and immediately reopen the 24/7 emergency room in Senneterre.”

On Wednesday, Pelchat sent a letter to the minister’s office.

“We regret to inform you that a citizen of Senneterre, a husband, a father, a brother, died yesterday morning due to the breakdown of service in our emergency room,” reads the letter sent by the newly elected mayor.

At the time of the announcement of the closing of the emergency every evening from 4 pm to 8 am, the minister had declared that the situation was temporary in order to recruit 250 nurses in the Abitibi-Témiscamingue region.

The decision was quickly decried by local authorities, citizens and opposition parties, who feared that people would pay the price with their lives.

He had denounced the health-care situation on his Facebook page a month ago, saying “It better not affect one of my children.”

Unfortunately, it was his father who would suffer the consequences.

Mayor Pelchat concluded her letter to the minister by saying that residents are in mourning, that they feel abandoned and invited Dubé to address the situation personally.

“You are the minister and you are accountable to the population,” she wrote.

On Wednesday, the local health district, the CISSS-AT, said it had contacted the Coroner’s Office, which has decided not to investigate the death.

But on Twitter on Thursday, Minister Dubé suggested the opposite. The Quebec coroner’s office later confirmed that they will, in fact, hold an inquiry.

The government, under pressure, also said it would create new bonuses to increase health-care staffing in the regions.

“I would like to offer my condolences to Mr. Genest’s family and to the community of Senneterre,” Dubé wrote.

“If people have additional information, I invite them to send it as soon as possible to the Coroner’s Office so that it can reassess and conduct an inquest, based on all the facts.”

Asked to explain the circumstances that led to Genest’s death, the CEO of the ISSS-AT, Caroline Roy, said “a diligent review of the entire situation was carried out” and “all existing protocols were respected.”

Despite the fact that the patient had to travel 135 kilometers by ambulance, after having to wait for paramedics who were more than 30 kilometers from his home, she said that “the closure of the CLSC in Senneterre was not a factor in the death of the person.”

This report by The Canadian Press was first published in French on Dec. 1, 2021, with files from CTV News.