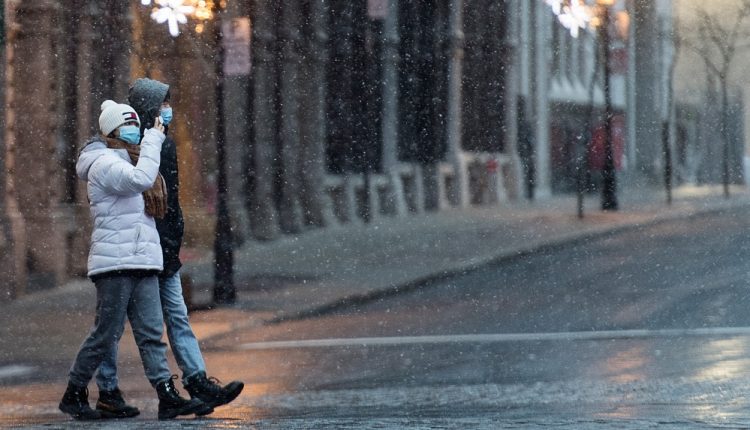 The province saw two new deaths and a slight uptick in hospitalizations: there are seven more people overall in hospital, after 32 were admitted and 25 were discharged.

One more person is in intensive care, for a total of 59.

The number of active cases is soaring, to 11,140 as of Wednesday.

The positivity rate for all the province’s COVID-19 tests, after going up to 4.3 per cent on Sunday, was back down to 4 per cent on Monday, the last day for which data is available.

Vaccinations have continued at a fast clip as many parents rush to get their young children a first shot. Just over 30,000 shots were reported on Wednesday, with almost half of them given to kids aged five to 11.

That brings the portion of partially vaccinated children in this age group to 32 per cent across the province.

Boosters are also contributing to the high numbers, with more than 12,000 third doses newly given out.

That number will likely climb soon, as Quebec announced Tuesday that it is broadening eligibility for booster shots to include people with long-term illness, pregnant Quebecers and others, newly including about a million people in total.

In January, booster shots will also be available to those 60 and up.

Overall, across the province, the group with the lowest vaccination rate is still people aged 18 to 39, though this group’s rate has kept slowly increasing, going from 82 per cent vaccinated to 83 per cent in less than a week.

EASTERN TOWNSHIPS CASES UP; NUNAVIK DOWN

Among the regions, the Eastern Townships continues to stand out, with its infection rate now at 285 cases per 100,000 people. It now has the second-worst infection rate among all public health units in Canada, according to tracking by an Ontario statistician.

Nunavik, while still the highest in Quebec and the country, has seen its first good news in more than two months, as the infection rate has dropped sharply in the last few days.

Montreal’s active case rate has stayed fairly stable over the last several days, currently standing just below 160 cases per 100,000. Laval is on a more marked upswing and has now reached a rate of 187.