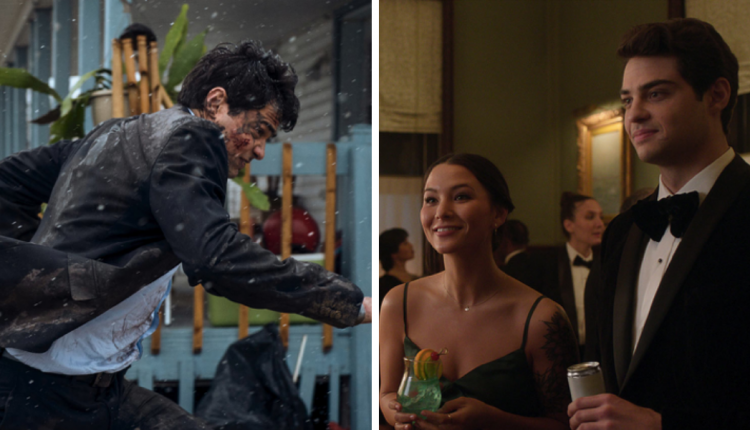 Noah Centineo fans rejoice! The young actor is back on our screens in The Recruit as a CIA lawyer whose first week on the job takes an unexpected turn. Already trending at number one on Netflix Canada, the thriller series is all the more special because it was filmed in Montreal.

The story follows Owen Hendricks (Centineo), who finds himself caught up in a case involving threatening letters from a former CIA agent. Max Meladze, played by Laura Haddock, is blackmailing the agency, seeking her release from jail. The first season of the series also features Canadian actors Kristian Bruun and Kaylah Zander.

You might recognize Montreal in some of the show’s epic action sequences.

About The Scene: Viewers are led to believe The Recruit characters Owen and Maxine are eating at a restaurant in Geneva, Switzerland, in the seventh episode. It’s actually the Old Montreal French-Mediterranean restaurant Loam.

The Court of Appeal

About The Scene: A trial scene in the third episode was shot behind the stately, classical façade of the Quebec Court of Appeals.

About The Scene: We are led to believe that Episode 2’s scene where Maxine fights off guards happens at an opera house in Belarus, but the actors are in fact in the Montreal Entertainment District’s Place des Arts.

About The Scene: Montreal foodies will certainly recognize Toqué! in Episode 3, where the main character sees his ex-lover Hannah.

About The Scene: Nope, it’s not the Geneva bank you see in Episode 7, but our very own Crew Collective & Café, a gorgeous cathedral-ceilinged coworking space in Old Montreal that was originally built in the 1920s as an RBC bank.

About The Scene: Owen and Hannah go to a fancy soirée at a Washington, DC, home, but the actors were actually inside a century-old building home to Montreal’s exclusive Mount Royal Club.

About The Scene: This NDG bakery also made it into the series, posing as a Viennese pastry shop in Episode 3.