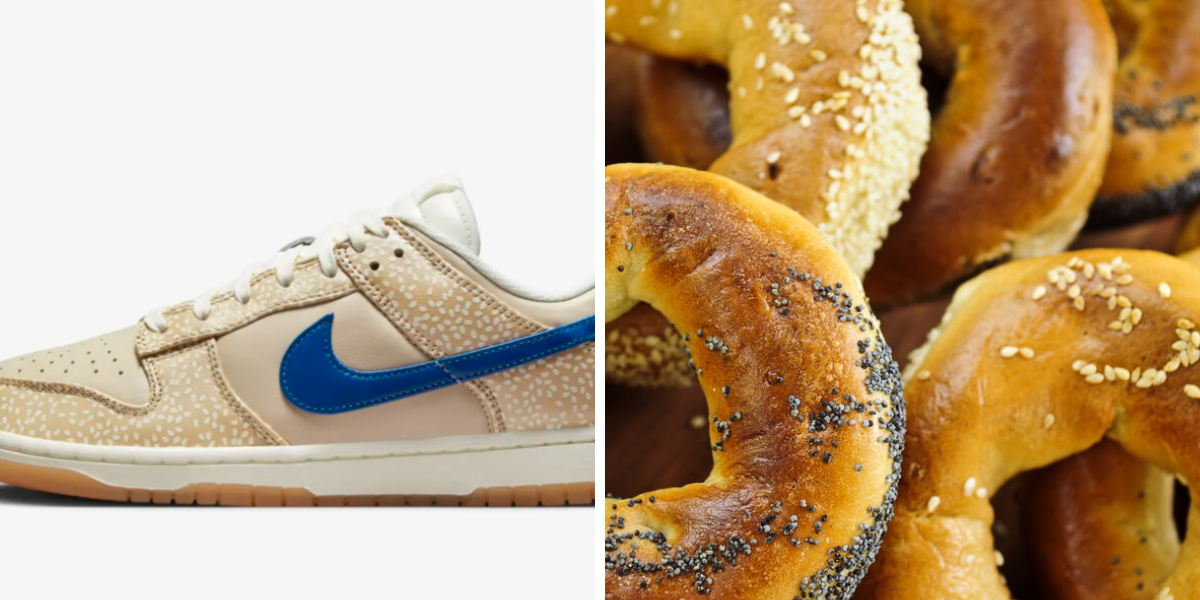 From Orange Julep to Mount Royal, there is no shortage of iconic landmarks in the Ville Marie, but multinational retailer Nike chose just one to turn into a sneaker: the iconic Montreal bagel. Montreal bagels are the best, but it’s a shame we can’t wear them as an accessory, so Nike really has the right mindset about this whole thing. Their brand-new sneaker design is inspired by the iconic Quebec staple, with a dark-blue swoop to evoke the provincial flag.

The shoes are light brown with speckles of sesame seeds, lending a subtle but delicious bagel vibe to any fit. Costing a cool $120 USD, these new releases will officially drop on January 17 at 10 am, so mark your calendars early if you want to rock these carb-y kicks before anyone else.

But wait, there’s a catch — the new shoes only show up on the United States version of the website, meaning that they might not be available in Canada for the foreseeable future. Perhaps it’s just an oversight, but for now, it’s a real possibility that the Montreal-themed shoes won’t be sold in Montreal once they drop in the US

Other upcoming Nike designs are available in both countries, including the new women’s Air Jordan 5 Dunk on Mars design, which will be sold on January 14 at 6 am for a striking $260 Canadian dollars. They’re equally as fresh as the bagel shoes, if not more so, which is small comfort to Montrealers who desperately want to rep their city’s breakfast of choice.

This article’s right-hand cover image was used for illustrative purposes only.

9 Of The Greatest Pho Eating places In Montreal

The Finest Poke in Montreal: Our solutions