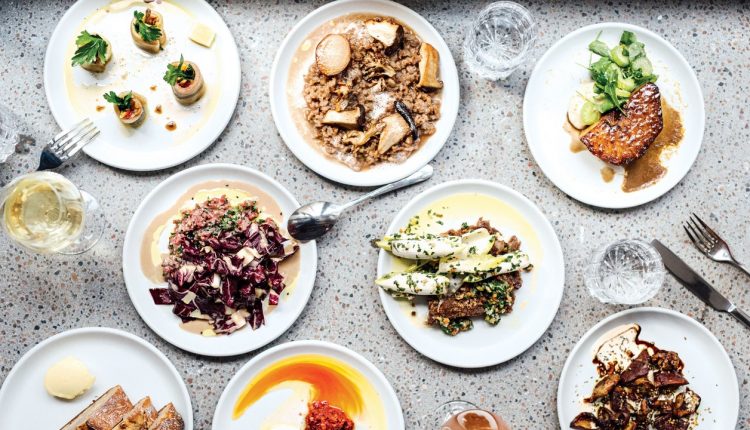 I recently had the Montreal meal of my life in a 17th century side street in the Verdun district. Beba, which was opened last summer by the brothers Pablo and Ari Schor, pays homage to the Spanish and Italian émigré cuisine in their native Buenos Aires (dinner for two from 100 dollars; restaurantbeba.ca). “It’s the food we grew up with, but with a touch of Montreal and ingredients,” says Chef Ari. “We’re recreating the immigrant flavors of our former homeland.” Take the empanadas, reminiscent of Galicia, where empanadas were invented, and the hand pies the brothers loved as boys in Argentina, but with Quebecois cheese curd for a reverse poutine Effect are filled. Sometimes they are filled with duck hearts instead of the usual beef – “because Quebec,” says Ari.

The open-minded, continental-leaping cuisine of the Schors represents a new way of cooking in Montreal’s pristine neighborhoods, in keeping with the open-minded, multicultural spirit of contemporary Canada. Her new favorite spot is Tiers Paysage, a conceptual cave à manger (a Parisian term for a wine bar with small plates and bottles) on the cobblestone Rue Saint Paul, the city’s oldest street (dinner for two from $ 80; tierspaysage). com). It’s the brainchild of Montreal chef Harrison Shewchuk and Morocco-born co-owner Samia Hannouni, who used to be a popular front-of-house presence for the equally popular Joe Beef. The dishes here, however, have little in common with the fat-on-fat excess that made Hannuni’s old restaurant famous. “We turn away from the big plates of food that fill you up so much that you want to crawl home and die,” says Shewchuk. Here he treats parsnips like braised beef, poaches them in courtyard bouillon, then burns them on the outside and serves them in a sticky bone marrow sauce. The name of the restaurant comes from a French manifesto about the benefits of wild plants that grow between the cracks in urban spaces. Hannouni designed his brutalist art installation of a dining room in low light as a “haven for diversity”.

The Tiers Paysage team works closely with Charcutier Viens, who use animals raised in a manner appropriate to their species from family-run farms in Quebec’s Eastern Townships (sandwiches from $ 8; alimentsviens.ca). Viens’ Charcuterie is served in many top restaurants, including Old Montreal’s Monarque, one of the liveliest openings in recent years, where chef wonder Jérémie Bastien serves both modern home-style and adventurous gourmet cuisine (dinner for two from $ 80; restaurantmonarque.ca).

The Ethiopian-Swedish celebrity chef Marcus Samuelsson has also come to town with a restaurant in the immaculate new Four Seasons Hotel on the Golden Square Mile (dinner for two from $ 180; fourseasons.com). At Marcus Samuelsson channeled his childhood full of crabs on the Swedish coast. A display of fish sausage products hangs in a tempered diorama at the entrance. In the towering main room, guests share shellfish towers. Like Shewchuk, Samuelsson said that he wanted diners to be able to eat a lot without feeling cluttered, which is a unifying principle for Montreal’s burgeoning food scene.

Samuelsson and his crew regularly end the night across the street at Bar George, a wood-paneled beauty in a former railroad magnate’s 1883 Renaissance Revival home (dinner for two starts at $ 125; bargeorge.ca). Mauritian chef Kevin Ramasawmy oversees a menu of contemporary British-inspired Quebec dishes that honors Montreal’s bilingual history. The personal touch distinguishes Bar George. Ramasawmy halibut is served in a Caroline-style sauce named after his wife. The curry squash with coconut and macrut lime accents is inspired by his mother’s home-style cooking. The devils on horseback have a unique Montreal twist: the plums wrapped in bacon are served on a rich, whipped liver mousse. And in his interpretation of a classic Wellington beef, the pastry is as flaky as a croissant, the Duxelles coating is both sensible and spicy, the filet mignon perfectly cooked in its green pepper sauce, all paired with a silky chestnut puree. Like Montreal itself, it’s as fresh as it is timeless.

This article was published in the April 2020 edition of Condé Nast Traveler. Subscribe to the magazine here.

Is ‘Dangerous Blood’ Primarily based On A True Story? The Rizzuto Household Ran The Actual Montreal Mafia

Pictures: Montreal life in 1976 (not counting the Olympics)