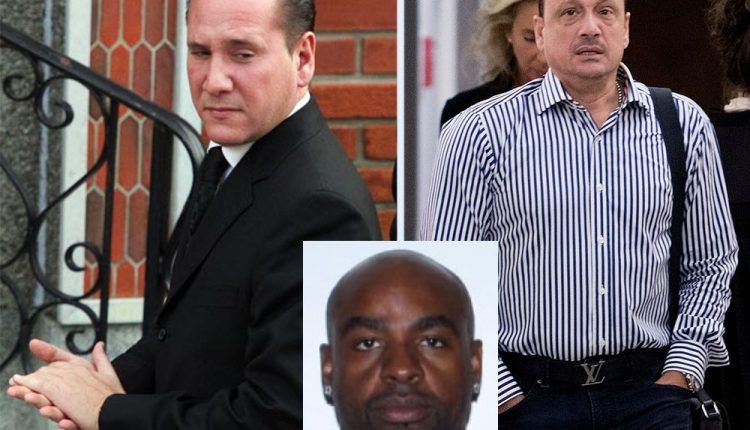 They discussed business in a room they assumed could never be bugged — their conversations reveal partnerships, punishments and bargaining for prime turf.

On Aug. 20, 2015, organized crime investigators got a rare glimpse inside Montreal’s underworld as three men alleged to be the most powerful gangsters in the city discussed business in a room they assumed could never be bugged.

The conversation was between Gregory Woolley, 46, a former Haitian street gang member who rose to become an associate of the Hells Angels, and two alleged leaders of the Montreal Mafia: Leonardo Rizzuto, 49, and Stefano Sollecito, 51.

They were meeting in the Little Italy offices of defence lawyer Loris Cavaliere where Rizzuto — the son of now-deceased Mafia leader Vito Rizzuto — worked as a lawyer.

Investigators in what was dubbed Project Magot received court authorization to install a bug at the offices, something Rizzuto probably assumed the police would never attempt.

The conversation revealed the close relationship between Montreal street gangs, the Hells Angels and the faction of the Montreal Mafia police say was led by Sollecito and Rizzuto.

According to court documents, investigators began receiving tips in early 2013 that Woolley had risen to such prominence that he had become “business partners with Vito Rizzuto in drug trafficking.”

Investigators had already noted that Woolley was seen accompanying Cavaliere at the 2012 funeral for Hells Angel Gaetan Comeau.

Lawyer Leonardo Rizzuto (centre), son of reputed mob boss Vito Rizuzto, speaks to people after the funeral of Agostino Cuntrera in 2010. Cuntrera was gunned down in broad daylight â???? he was said to be shortlisted as a possible leader of the Rizzuto crime family. Photo by John Kenney /Montreal Gazette

As evidence was gathered, it became apparent that some street gangs, the Mafia and the Hells Angels were working together to avoid conflicts that attract attention from the police, and that Woolley was acting as the liaison among the three groups.

During a presentation at the bail hearing for an accused in Project Magot, the Sûréte du Québec placed Woolley’s name at the centre of a diagram — with the three groups revolving like planets around the sun.

“Gregory Woolley, Stefano Sollecito and Leonardo Rizzuto discussed the territorial separation of activities, taxes (paid by drug dealers) and they mentioned that it is them who control the city,” the SQ wrote in a summary of a conversation recorded on Aug. 20, 2015.

Publication bans were imposed on much of the evidence because Woolley and his longtime partner in crime — Dany (Lou) Cadet Sprinces, 48 — and alleged Hells Angel André (Frisé) Sauvageau, 62, were to begin a jury trial in November.

However, that became moot when Woolley and Sprinces pleaded guilty to drug trafficking charges last Friday, and Sauvageau on Monday opted for a trial before a judge alone.

Stefano Sollecito exits a courtroom during a hearing as part of Project Magot at the Gouin courthouse in 2017. Photo by Allen McInnis /Montreal Gazette

Sauvageau made his request known just as Superior Court Justice Éric Downs was about to begin the jury selection process at the Montreal courthouse, and the publication bans were lifted.

In February, the same judge determined the conversations recorded inside Cavaliere’s law offices were obtained illegally, leading to a stay of proceedings in the charges against Rizzuto and Sollecito.

Still, the conversation recorded on Aug. 20, 2015, in particular reveals several details about how the Hells Angels and Mafia worked together in Quebec.

While discussing a problem with an aggressive drug dealer, Sollecito tells Woolley that “in 2003 or 2004” he and Vito Rizzuto arranged a meeting between a man named Lorenzo and Michel (Animal) Lajoie-Smith, a longtime Hells Angel.

At the time, the Montreal Mafia apparently began trafficking in drugs in Laval, which for years had been controlled by the Hells Angels — until they were hit by a major police operation in 2001.

“Lorenzo” presumably was a reference to Lorenzo Giordano, a Mafia leader who was killed in Laval in 2016. Sollecito recounts how Lajoie-Smith expected Giordano to pay him a tax on territory the biker gang used to control.

“That was a big problem between Animal and Lorenzo — a big one,” Sollecito recalls.

“I called (Vito) for me to sit down and listen to what was going on. They fixed the problem. Animal was pissed at me,” Sollecito says.

“Somebody did that back then,” Woolley laments in an apparent reference to Vito Rizzuto’s reputation for resolving disputes before his death from cancer in December 2013.

In the same conversation, Wooley and Sollecito discuss a problem with Gianpietro (JP) Tiberio, 45, a criminal the Charbonneau Commission identified as an associate of the Rizzuto organization.

Sollecito calls Tiberio “a liar” but suggests he could sit down with him, Wooley and Leonardo Rizzuto to discuss possibly offering him the hotly contested drug turf of “Rivière des Prairies and Montreal North.”

Sollecito mentions the possibility of removing a man named “Sal” from the area.

At one point, Sollecito and Leonardo Rizzuto appear to disagree over whether they could trust Tiberio.

“Are you f—king stoned?  So you believe what JP is telling you?” Sollecito asks.

At another point, Sollecito reveals the extent of Wooley’s influence.

“I know Sal’s reputation. I don’t have the relationship I have with Greg,” Sollecito says. “Greg, I see once, twice a week. We share business. We share things with Greg. We share big secrets. I don’t do that with Sal.