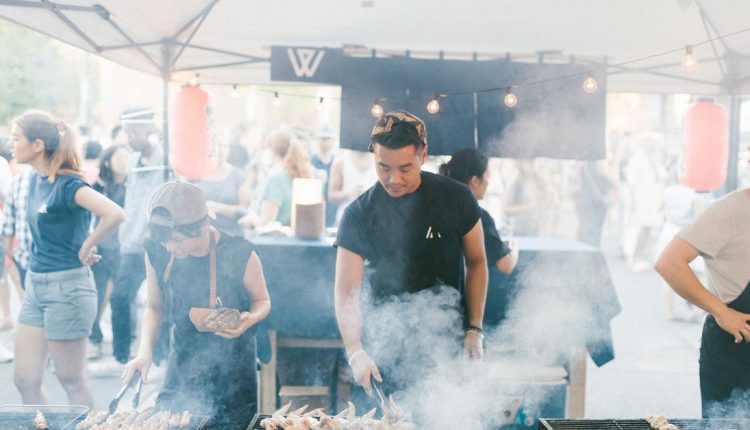 Montreal’s dedication to the summer festival circuit is back on full display this year, with the return of the International Jazz Festival, the Osheaga music festival, and the Formula 1 Canadian Grand Prix. Unsurprisingly for this food city, a number of culinary events are also on the docket. Here, we round up — in chronological order — the food festivals and events in store for the season.

Where: Marché des Possibles and Entrepot 77

Where: The Esplanade of the Olympic Park

What: With its first event of the season already behind us, this mega Montreal food truck festival will repeat on the first Friday of the month, until October. Expect dozens of vendors, including local favorites like Mexican restaurant Calaveras, Jamaican staple Boom J’s, and donut slinger Crémy, plus outdoor seating for 3,000 and rotating DJ sets.

What: After touching down in Laval, Lachenaie, the West Island, and elsewhere in the province, this festival dedicated to fries, cheese, and gravy lands in Old Montreal, serving up about 20 variations on the iconic dish, plus a beer pairing workshop, cooking demonstration, and a cheese curd tasting.

What: In the first edition of this new cider event, roughly 30 producers from across the province will gather on the Lachine Canal allowing visitors to sample all sorts of ciders — be they sweet, dry, sparkling, or iced.

What: This event dedicated to spotlighting the culture of the Caribbean is a great opportunity to dig into delicious eats from the region. Groove to the reggae while checking out the food from established Montreal restaurants like Seasoned Dreams and Kwizinn, to smaller catering outfits like Ti Joe BBQ and Tasty Touch.

Did we miss a Montreal summer food festival or event? Send us a tip at [email protected]

Montreal drivers slapped with nearly $19,000 in fines for parking in decreased mobility spots