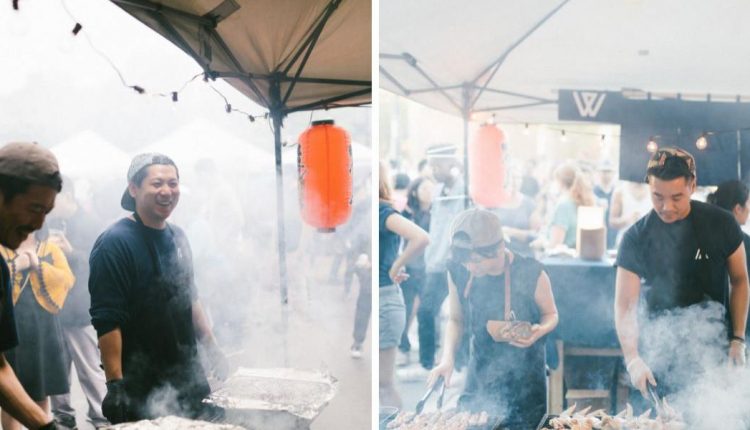 YATAI MTL and Japan Week are coming back to Montreal. The festivals, a celebration of Japanese culture, will showcase products and dishes from local businesses. There will even be a street food market.

Then, for YATAI MTL, chefs and artisans will converge in one place for a street food and merchant market from June 10 to 12. The market will span the Marché des Possibles park and adjacent Warehouse 77 in the Mile End.

YATAI will also include live musical performances, a joint whiskey tasting / Lost in Translation movie screening at the Cinéma du Parc on June 9, a 1980s-themed party, a Shiba and Akita doggy party on June 11, and a concert of scores from Studio Ghibli films on June 11 and 12.

Get the details on Japan Week and YATAI MTL below.

Person in a Montreal park with a Shiba Inu dog.

Japan Week: participating restaurants and shops throughout the city