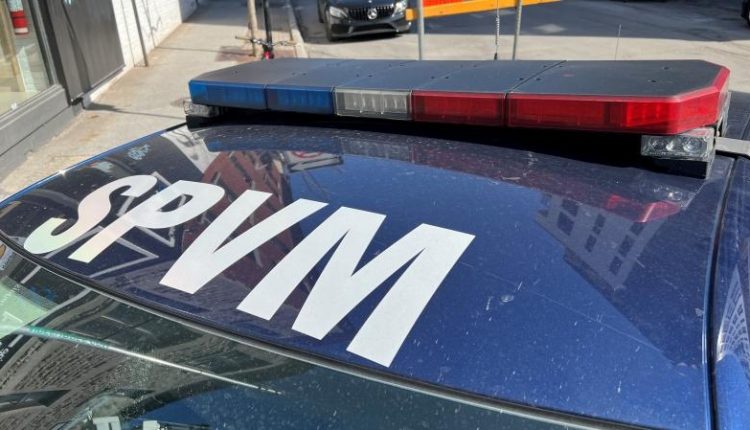 Montreal stabbing of Orthodox Jewish man could have been work-related battle: police

Montreal police (SPVM) said it’s possible the stabbing was a work-related conflict, as the victim and suspect are coworkers.

In a video circulating on social media Friday, a man wearing a kippah and prayer shawl (tallit) is seen standing outside a door, with one leg resting on a knee scooter. A man dressed in black then emerges from the door and appears to stab the victim in the face or neck.

According to the SPVM, the stabbing occurred around 1:30 pm The victim was transported to hospital but is in stable condition.

The 21-year-old suspect was arrested and appeared in court Friday.

Jewish service organization B’nai Brith confirmed the victim is an Orthodox Jewish man. The group has spoken to the police and is monitoring the file.

An Orthodox Jewish man is brutally attacked with a pair of scissors, stabbed in what appears to be the face/neck area.

The attacker has been arrested and the victim is thankfully in stable condition. pic.twitter.com/X5nivsOawU

Marvin Rotrand is a former Montreal city councilor and the director of B’nai Brith Canada.

He said while it’s unclear whether the victim was targeted because of his faith, incidents like these nevertheless instill fear in the Jewish community.

“All these things add up, and people get very, very worried.”

The community is especially on edge, he said, given that hate crimes against Jews have reportedly risen in previous years.

A B’nai Birth audit found 2021 was Canada’s highest year of antisemitic incidents since the organization began recording this data in 1982.

“Last year, in our own auditing, we recorded 75 violent incidents against Jews in Canada. And that was a greater number than the five years previous,” said Rotrand.

To move forward, Rotrand said police and civil servants must have a “better understanding” of what anti-Semitism looks like.

He also called on Canada to update its laws regarding online hate by obliging platforms to remove hateful content.

“We think the tools are there, but it’s going to take regulation and legislation from the government of Canada.”