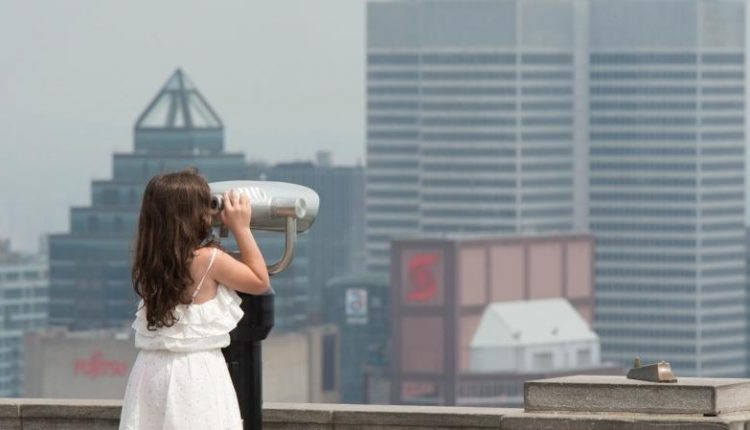 Montreal researchers recently launched a website that aims to shed new light on the impact of air pollution on the brain.

“It’s about knowledge transfer, but not a one-way transfer, with academics deciding what is important, what should be known by the general public. It’s really a two-way web platform for dialogue.”

The platform will include popularized articles on various issues related to environmental pollutants, news files, expert reports, information capsules, reading suggestions as well as resources to better understand the scientific process and research, says a description of the project posted online by the university.

There is also a frequently asked questions section where the public can express their questions and concerns, which will then influence the content posted on the platform.

Finally, the site will aim to counter misinformation circulating, among others on social networks, about the impact of pollution on human health, and will suggest ways to protect oneself.

“We are proposing basic content that comes from us and we think that the general public will be interested,” said Saint-Amour. “But we will wait to receive questions, concerns, to enrich the content according to the general public.”

With a website, he added, “it’s easier to reach more people at the same time and we try as much as possible to be interactive, so with information that already exists, but with new information and especially with questions and answers.”

At first glance, the site is deliberately focused on one specific aspect, the impact of pollution on the brain, because it is in line with much of Saint-Amour’s expertise, but also because researchers want to avoid casting our net too wide, he said .

“We may very well expand the platform to other health issues in the future,” he said.

The site also comes at a time when there is growing public awareness and interest in the impact of pollution on human health.

“Even though we’re doing pretty well in Canada,” said Saint-Amour, “even though the air in our big cities is nothing like the ‘breathable’ air in big Asian cities like Delhi or Beijing, there are still some concerns.

“The levels (of pollutants) that are measured in the environment, in organisms and in human tissues in the Arctic are much higher than the levels in the general population,” he said. “And that’s a reality.”

— This report by The Canadian Press was first published in French on April 2, 2022.