Montreal police conduct raids and arrests in reference to 2020 murder

Included among the 12 people arrested was Gaétan Bradette, 59, a man with well-known ties to the Hells Angels. 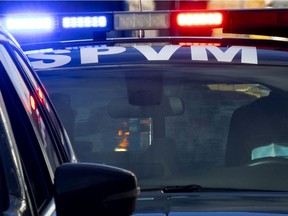 A dozen people, including at least one with past ties to the Hells Angels, were arrested Thursday as part of an investigation into a series of violent acts, including a homicide, that took place in the city over an eight-month period ending in March.

Included among the 12 people arrested was Gaétan Bradette, 59, a man whose ties to the notorious biker gang have been well documented in court cases in the past. Bradette is no stranger to gang violence. An attempt was made on his life in Montreal in 2001 during Quebec’s biker gang war. At the time, Bradette was known as a close associate of former Hells Angels leader Maurice “Mom” Boucher and a rival gang called the Bandidos sought to eliminate him.

In 2017, Bradette was alleged to have been very active in drug trafficking in Montreal. The allegations were made during a preliminary inquiry of some of the people arrested in Project Magot-Mastiff, a lengthy investigation into the Montreal Mafia and the Hells Angels.

In a communiqué Montreal police released Thursday, they said their major crimes division, in collaboration with the Sûreté du Québec and police in Mascouche, carried out multiple arrests in connection with a string of violent incidents between July 2020 and March this year that included the fatal beating of a man in Anjou. The Montreal police alleged the violence could be attributed to “individuals linked to a group of drug traffickers.”

“In addition to leading to the arrest of individuals suspected of being at the origin of these events, the investigation also led to the dismantling of a major cocaine trafficking network in Montreal and Abitibi. The violent acts committed by this group are (alleged to be tied to the) control of narcotics in Hochelaga-Maisonneuve,” the Montreal police wrote in the communiqué.

The homicide victim, 38-year-old Bardia Gorji, was discovered on July 25, 2020 severely beaten and in critical condition. He died of his injuries in hospital last Aug. 14 and despite the fact police set up a command post in an effort to glean information, the case was one of the few the Montreal homicide squad did not solve in 2020.

According to the Montreal police, the people who face first-degree murder charges are: Tommy Bradette, 25, Jonathan Fortier, 42, and Samir Drissi Almani, 29.

Thursday’s operation came a day after Montreal and Laval police launched a series of raids that ended with the arrests of three men in connection with a triple homicide in August in Rivière-des-Prairies. Four search warrants were carried out in Laval and Montreal Wednesday morning. Police also seized two firearms, ammunition, cellular phones and drugs. The Aug. 2 attack was thus far the deadliest in a series of firearm incidents that have plagued Montreal’s north and east ends for months.