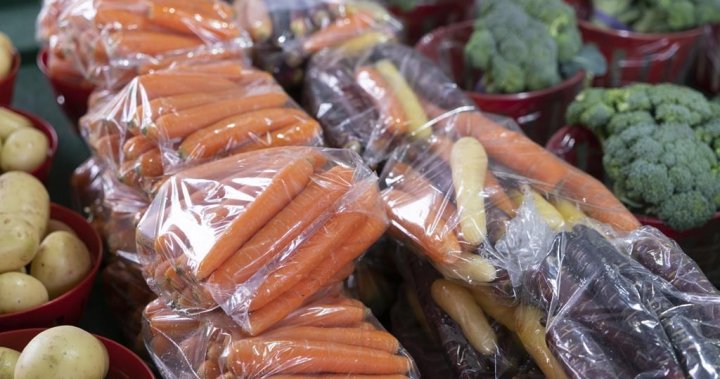 The city of Montreal has started online public consultations on food waste.

The city will seek opinions from interested parties in four different consultations.

The aim is for the city to equip itself with measures and best practices to avoid food waste.

Consultations began after a Plateau-Mont-Royal resident collected enough signatures to force them.

Atlantide Des Rochers says she was inspired to action when she was walking her neighborhood with her children and noticed trash cans of perfectly good food.

“It shocked me,” said Des Rochers.

“I asked shopkeepers, managers, who explained to me that they didn’t have enough resources and had no choice but to get rid of the food that way.”

This inspired Des Rochers to found a non-profit organization, Partage et Solidarité, which today helps secure the nutrition of around 5,000 people.

She says she has worked with 25 companies in the Plateau-Mont-Royal that give her their unsold items.

“This food would be thrown away if I didn’t get it back. It’s phenomenal amounts, ”said Des Rochers.

“We are talking about whole boxes of fruit, vegetables, pastries, fresh and frozen products that are absolutely clean and easy to consume. ”

She believes that something similar can be done in every district to alleviate poverty.

“It’s a very worrying situation,” said Des Rochers. “I have high hopes for this public consultation.”

According to the city of Montreal, households are responsible for 21 percent of all city food waste in Canada. Restaurants, shops, and grocery stores account for 25 percent.

On average, a Montreal grocery store wastes 3,200 tons of grocery each year.

The city is conducting four other consultations:

Individuals interested in providing their opinions and positions on this matter should register on the city’s website or call 514-872-3000.

Individuals can also email their briefings to [email protected]

The commission will meet in February after its deliberations are over to prepare its recommendations, which will be presented to the city council in the spring.