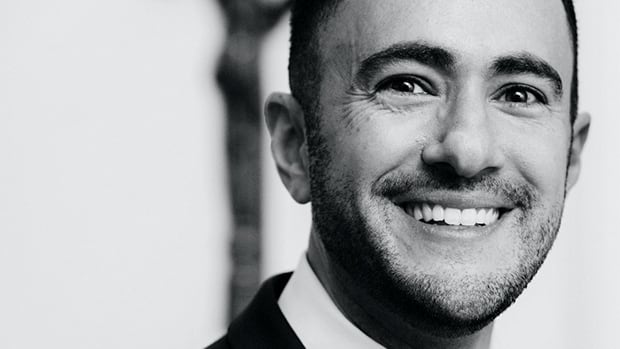 ‘Montreal is in my DNA’: Meet Joshua Levy, CBC/QWF’s 2018 writer-in-residence

CBC Montreal is proud to announce writer Joshua Levy will be the 2018 CBC/Quebec Writers’ Federation writer-in-residence.

The poet, writer and storyteller recently moved back to Montreal from Toronto, but he has deep roots on this island.

“Montreal is in my DNA,” said Levy, who grew up in Côte Saint-Luc and is now on a mission to persuade his wife Clare, who is Scottish, that Montreal is the best city in Canada. Joshua Levy’s great-great-grandfather built the Bagg Street Shul on the corner of Clark and Bagg streets, the oldest synagogue still in use in Canada. (Jason Schwartz/Wikimedia)

Levy’s great-great-grandfather, Boris Kaplan, emigrated from Russia as a teenager in the early 1900s, working odd jobs to bring over the rest of his family and founding a construction company in 1915. Kaplan built the oldest synagogue in Canada still in operation today, the Bagg Street Shul.

Levy was raised on tales about that great-great-grandfather, whose Hebrew name of Baruch he bears — including the story of how he had 15 minutes to woo his future bride.

​The streets of Dollard-des-Ormeaux are named after Levy’s relatives: The city on Montreal’s West Island was founded by Levy’s grandfather, David Zunenshine, who, along with his brothers, ran Belcourt, a property development company that began with the construction of a handful of rental apartments in the early 1950s.

All these connections make Levy passionate about Montreal’s rich history.

“I have a special interest in bridging the gap between past, present and future, as well as in connecting the dots between seemingly unrelated people and events,” Levy said in his pitch for the writer-in-residence position.

The QWF/CBC 2017 Writer-in-Residence is Joshua Levy #QWFAwards @CBCMontreal Recently moved to Montreal and is “on a mission to prove to his wife that Montreal is the best city in the world.” pic.twitter.com/kKclXJh1Sa

Levy has found homes for his stories on CBC’s DNTO, Wiretap and Grownups Read Things They Wrote as Kids, has performed lives stories for QWF’s This Really Happened, The Moth Toronto and The Raconteurs, and his work has been published in literary magazines including Maisonneuve, the Malahat Review, Event, Queen’s Quarterly and the Rumpus.

Just last month, he was longlisted for the CBC Nonfiction Prize, for his story My Brother’s Engagement Party.

2018 marks the third year for CBC/QWF writer-in-residence program, which is open to emerging and established writers in the greater Montreal region.

The selected writer produces a series of nonfiction blog posts published on the CBC Montreal website and makes guest appearances on both CBC Radio and CBC TV.

“We had a slate of very strong applicants,” said Kim McNairn, CBC Montreal’s senior digital editor, who sat on this year’s jury. “And any one of our three finalists would have made an outstanding writer-in-residence.”

Aside from Levy, those finalists were:

‘Soak it up,’ says Sarah Lolley

“It’s a rare and wonderful thing to be invited to share your personal experience of Montreal with such a wide audience,” said Sarah Lolley, CBC/QWF’s writer-in-residence for 2017, a medical writer-turned-travel blogger and children’s story writer. 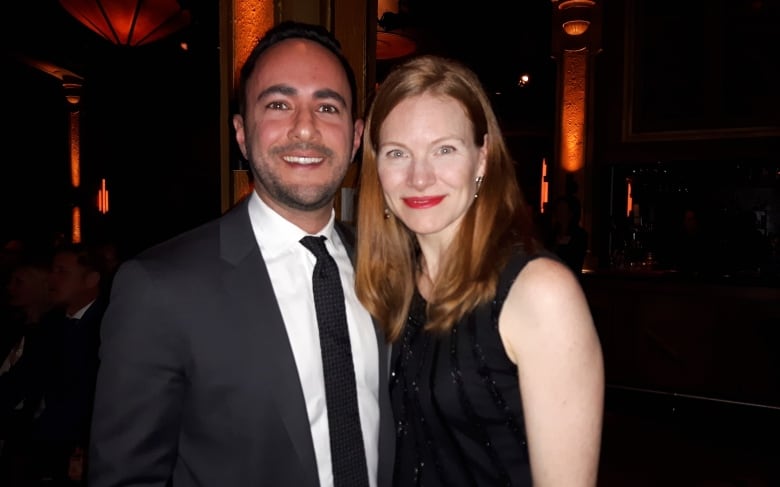 “Soak it up,” Lolley advises Levy. “Let yourself be immersed in the aspects of Montreal life that most puzzle you, delight you, frazzle you and inspire you, and write from there.”

“It’s funny how the more personal we make our stories, the more powerfully relatable they are.” 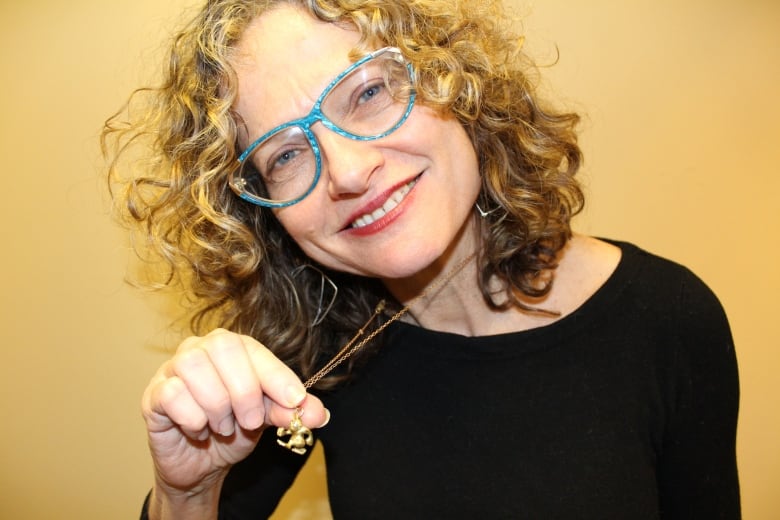 Monique Polak, the inaugural CBC/QWF writer-in-residence in 2016, displays her prized ‘monkey-man’ charm, which her mother was given while interned in a Nazi concentration camp. (Marilla Steuter-Martin / CBC)In 2016, the inaugural writer-in-residence was children’s book author and journalist Monique Polak, who delighted readers with tales of her own monkey-man charm, of pretending to be a princess at summer camp and of falling in love —  in your 50s, 60s and 90s!

So Levy is in great company.

“Josh Levy will make a great CBC-QWF writer-in-residence,” sums up Lori Schubert, QWF executive director. “His enthusiasm and out-of-the-box thinking will lead, I am sure, to some interesting stories.”