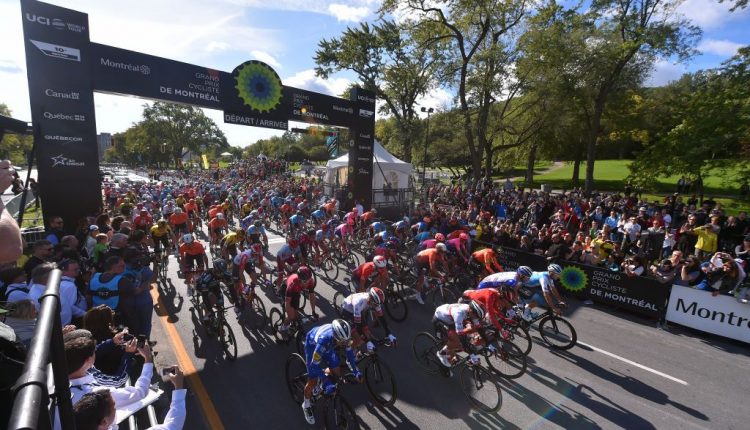 The bid was placed in collaboration with Cycling Canada and the Fédération québécoise des sports cyclistes (FQSC), with an aim to host the Worlds one week after the one-day races in Quebec and Montreal, in September, for a three-week block of racing on Canadian soil.

If the bid is accepted, it will be the first time that Canada hosts the UCI Road World Championships since Hamilton in 2003, where road race titles were won by Spain’s Igor Astarloa Askasibar and Sweden’s Susanne Ljungskog.

“Our organization has been producing the Grands Prix Cyclistes de Québec et de Montréal for more than 10 years, contributing significantly to the achievement of one of the UCI’s priority objectives, namely the globalization of cycling,” Sébastien Arsenault, President and CEO Événements GPCQM, said in a press statement.

“In keeping with that vision, it was a logical step for us to propose to the UCI that Canada, Québec and Montréal should once again host this global sporting event.

“The world’s top cyclists are by now well acquainted with Montréal, the quality of our circuit and our top-flight organization, not to mention the contagious energy of local supporters. We would be honored to provide them with a new experience here in Montréal and welcome all the representatives and key players in global cycling as we crown the future world champions, both men and women, with the world watching.

“Together with our many partners in this project, we have set ourselves the goal of organizing a spectacular, must-see sporting event, accessible to all, allowing athletes and fans alike to share a memorable experience with Montréal as the backdrop.”

Montreal is rich in culture and history and well known for its cobblestone streets, lively entertainment, and the site of many historical bike races. It has a long history with world-class cycling that extends beyond the Grand Prix Cycliste de Montréal one-day race.

Montreal also hosted the Olympic Games where Sweden’s Bernt Johansson won the gold medal in the men’s road race in 1976. The famed Montreal circuit, which includes a climb over Mount Royal, also hosted an annual men’s World Cup course in the 1980s and early 90s.

It was the site of two world-class women’s races beginning in the late 90s with the Coupe du Monde Cycliste Féminine de Montréal and Tour du Grand Montréal, two back-to-back events that were held annually at the end of May. Although both events ended in 2009, they have been sorely missed as part of the top tier of women’s cycling.

“We are pleased to propose to the Union Cycliste Internationale that Canada and the city of Montréal host the UCI Road World Championships. Canada and Québec have a rich history of hosting international cycling events and we would be honored to host the UCI Road World Championships and UCI World Congress in 2026, on the 50th anniversary of the Montréal Summer Olympic Games,” Pierre Laflamme, President Cycling Canada, said in a press statement.

“We believe that, along with the Événements GPCQM team, the FQSC, the City of Montréal and our government partners, we have assembled the winning conditions for a prestigious bid to the UCI to host what is one of the world’s biggest single-sport competitions , in any discipline.”

The bid for the 2026 UCI Road World Championship includes a competition schedule held across eight days in September. It aims to host 11 events: 6 time trials, 5 road races, for 1,000 competing athletes, men and women, in junior, under-23 and elite categories.

The project would be piloted by Événements GPCQM in collaboration with the UCI and in partnership with Cycling Canada and the FQSC, with financial and technical support provided by the City of Montréal, the governments of Quebec and Canada, and Tourisme Montréal, according to the press statements.

“For over a decade now, the Grands Prix Cyclistes de Québec et de Montréal have not only helped several Québec cyclists in their development by providing them with a chance to compete against the world’s best; they have also inspired many people to take up the sport,” Louis Barbeau, General Manager FQSC, said in a press statement.

“Hosting the UCI Road World Championships in Montréal would be an exceptional vehicle for helping develop the next generation of Québec cyclists, boys and girls alike. There is no doubt that the coming years will see the emergence of new talents who will follow in the footsteps (or should I say pedal strokes) of our current elite cyclists and enjoy success on the international stage.And, because we can always dare to dream, the ultimate reward would be to see a Québec-born man and woman bring home world titles and don their rainbow jerseys right here in Québec.”

Cycling tech for the classics