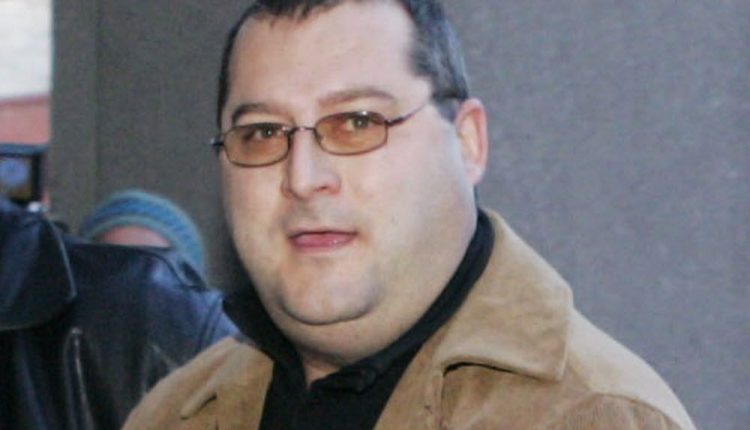 Francesco Del Balso was not able to take part in a “maintenance program” designed to help him as he adjusts to life on the outside.

Francesco (Chit) Del Balso, one of the men who admitted he acted as a leader in the Montreal Mafia following a major investigation into the Rizzuto organization, was unable to meet with his parole officers recently out of concerns for his safety.

Del Balso, 49, was granted a statutory release in January while he continues to serve the 11-year sentence he was left with in 2008 after he pleaded guilty to a gangsterism charge related to how he and five other men, including Nicolo (Zio Cola) Rizzuto, ran the Montreal Mafia between 2003 and 2006 while the organization was under investigation in Project Colisée. Del Balso also sold 10 kilograms of cocaine to the Hells Angels while he was being investigated. He was returned behind bars last year after he threatened to put TVA reporter Félix Séguin “in a container” for having published images of his home.

According to a summary of a decision made by the Parole Board of Canada late last week, Del Balso was unable to meet one of those conditions, but it was not his fault. He was supposed to meet with his parole officers regularly, and those meetings were supposed to happen at a police station to ensure everyone’s safety.

“In that regard, the initial plan was to have supervision meetings at the police station and then at Correctional Service offices following a risk assessment. Considering the instability in the world of (the Montreal Mafia) and the security concerns for you that were still in place, only one meeting took place at Correctional Service Canada offices,” the parole board noted in its decision.

Because of the same concerns, Del Balso was not able to take part in a “maintenance program” designed to help him as he adjusts to life on the outside.

“You expressed to your (case management team) that you would wish to meet with a psychologist to help you manage your anxiety. A request has been sent to Correctional Service Canada’s psychological services and, in the interim, you were referred to existing resources in the community,” the parole board also stated in its decision.

The parole board recently reviewed Del Balso’s file because he asked to have a curfew lifted that was imposed on him in January. The board agreed to his request.

In March 2016, Del Balso’s statutory release was suspended after his close friend and fellow Montreal Mafia leader Lorenzo Giordano was killed in Laval. Project Colisée revealed the two men worked closely together and, among other things, oversaw an illegal sports bookmaking operation that brought in more than $26 million in profits between October 2004 and May 2006.

In 2017, a man named Marc Laflamme-Berthelot stormed into Del Balso’s home in Laval, pointed a gun at his wife and demanded to know where Del Balso was. Del Balso was out running an errand at the time and disappeared after his son alerted him by text message of what was going on. Del Balso later told the parole board he tore a GPS-locator bracelet he was required to wear off of his ankle in order to get more police to respond to the home invasion. He disappeared for a few hours before turning himself in to police. Laflamme-Berthelot, 35, pleaded guilty to charges related to the home invasion and was sentenced on April 25 to an overall prison term of 10 years.

Police sources have said in the past that leadership in the Montreal Mafia has appeared to be unstable since Nicolo Rizzuto’s son, Vito, died of cancer in December 2013.

Canada AM says whats up Montreal!