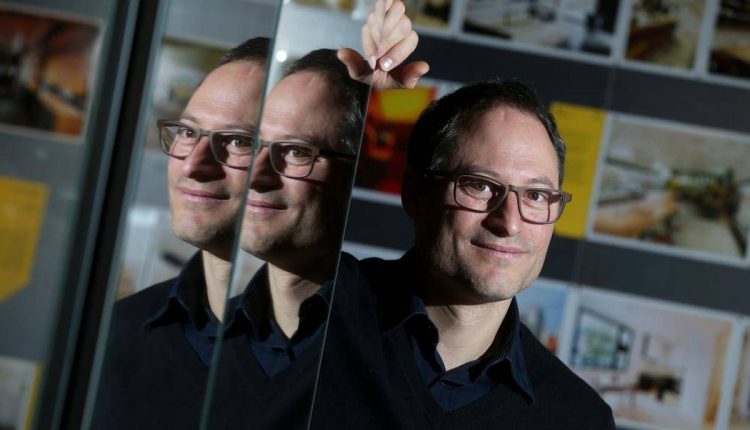 How do you carve out a radical career in Montreal? Emulate the Japanese, apparently.

Rasselet, who graduated with a bachelor of architecture from McGill, cut his teeth with the Old Montreal firm Lapointe Magne & Associés but left after five years – not because he wanted to get away from Old Montreal physically, but because he wanted to get away from it philosophically. “There is still a stiff way of living in Montreal that hasn’t much evolved in 40 or 50 years,” Rasselet says. “A closed way of living.” The new practice would, in his words, “completely rethink the way we live” and spearhead a new kind of residential design.

Japan, which tends to endorse a more experimental urban fabric, has been a source of inspiration for Rasselet since the proliferation of architecture blogs a decade ago. The freewheeling attitude toward building and rebuilding nets a more avant-garde style with vast tracts of glazing, voids and inner courtyards – often at the expense of privacy.

As an example, Rasselet cites Atelier Bow-Wow, whose architects Yoshiharu Tsukamoto and Momoyo Kaijima are renowned for designing graceful spaces wedged into tiny plots like puzzle pieces. “They do interesting residential projects of an extreme even we won’t go to.”

Alastair Townsend, a U.S.-raised architect and founder of the Tokyo studio Bakoko, is also a fan of Bow-Wow and a frequent pundit on the subject of Japanese residential design. He ascribes Japan’s nothing-to-lose approach to the country’s peculiarly depreciating housing market (a house instantly loses a chunk of its value upon purchase, like a car). When “value” is this capricious, you can embrace all manner of eccentricity.

“Some Japanese clients indulge in adventurous flights of fancy,” Townsend says, “whereas radical ideas are suppressed in the West, where clients conservatively safeguard their homes’ resale value.”

If America’s modernists invented the glass house, the Japanese took it to an extreme. “On architectural websites, we see a steady stream of radical Japanese houses, mostly designed by young architects, that often elicit bewilderment,” Townsend says. Though he warns the blogs can be misleading – architectural showpieces are the exception to the rule, even if their viral circulation would have us believe otherwise – he concedes: “It can seem that in Japan, anything is permissible – balconies without handrails, rooms flagrantly cast open to their surroundings or homes with no windows at all. … Working as a foreigner in Japan has taught me to keep an open mind to each new challenge and to cherish the purity of concepts.”

Rasselet says, “In the past eight years we’ve been really connected, really influenced by what’s going on there.”

Last year Rasselet completed a renovation on a 1950s house in Notre-Dame-de-Grâce, 80 per cent of which is now exposed to the garden by a 10-foot wall of glass. He inserted huge glazed panels in the monochrome façade – one of them in the master bedroom, within view of the residential street.

“That’s the distinctive feature,” he says. “That’s what gives character to the house” – not for the sake of it, mind you, but to break down barriers between indoors and out, bring in light and create a sense of dramatic scale.

Inside, Connaught House reinforces the feeling of openness and community with flexible rooms that expand or contract with sliding panels instead of ordinary doors. The children’s rooms are connected by a shared “secret passage.” The study has no door at all, and yet it, along with the kitchen, bathrooms and master bedroom, are remarkably intimate – despite massive windows to the outside.

“Nowadays people want a lot of light despite having their neighbours close by,” Rasselet says. “They don’t mind neighbours – that’s the big change I’ve noticed.”

By “people,” Rasselet is referring to his own clientele, not Montrealers at large. Among the latter, that open-minded attitude – at least regarding residential architecture – is still relatively rare.

Rasselet says it creates a tension between his upwardly mobile clientele, who “want to be surprised” by new ideas, and the prevailing conservatism in Montreal, where bureaucrats require that 80 per cent of any new building façade must be built from masonry. “On our Chambord Street project,” Rasselet says of a recent renovation in the Plateau neighbourhood, “80 per cent of the back façade is glass.”

Despite huge strides being made, mostly by the Japanese, in timber construction (“Japanese architects lead North Americans in terms of efficient construction, particularly using timber,” Townsend says), Montreal has ended up with a standardized look “that gives a distinct image to the city,” Rasselet says, “but not in a good way.”

And yet there is no homogeneous way of getting past red tape, as each arrondissement has its own Comité consultative d’urbanisme (CCU), an architectural panel with its own set of rules. “It takes just one conservative architect to stop what we want to do,” Rasselet says.

“In Amsterdam they have 300-year-old buildings next to modern infill with façades that are nearly 100-per-cent glass. Outside neighbourhoods like Mile Ex, that won’t be possible in Montreal for decades.”

Rasselet and Plasse chose their name, Naturehumaine, partly to reject the tradition of sameness in residential Montreal. “[The name] initially evolved to illustrate that architecture is for human beings – clients with special needs. There’s a human aspect to it you can’t pave over.”

Some might say they’ve interpreted the human aspect of architecture quite literally. Squint and you’ll see a dynamic, almost anthropomorphic profile that is rather human indeed.

“We do try to introduce new forms people haven’t dealt with before,” Rasselet says. Not in a home, anyway.

Lease hikes and renoviction: a tenant’s information to Montreal election…