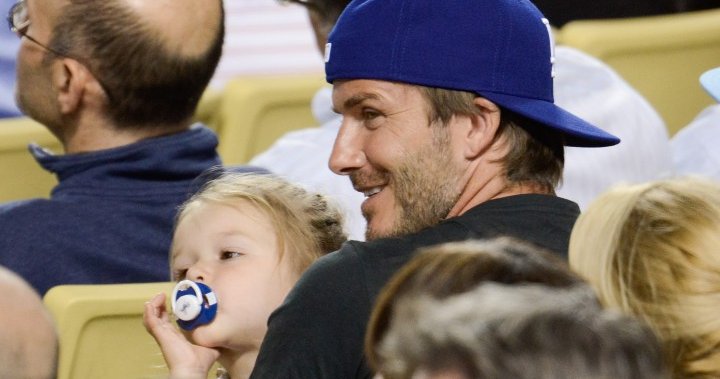 MONTREAL – David Beckham has responded to criticism surrounding his 4-year-old daughter’s use of a pacifier.

On Sunday, the Daily Mail published an article reprimanding Beckham and his wife for letting their daughter Harper use a dummy.

The article suggested that the Beckhams risked “stunting their daughter’s speech and were putting her teeth at risk of damage by letting her continue to use one.”

The father of four blasted back on Instagram, insisting people do not have the right to judge him as a parent.

“Everybody who has children knows that when they aren’t feeling well or have a fever, you do what comforts them best and most of the time it’s a pacifier,” he wrote.

“So, those who criticize, think twice about what you say about other people’s children because actually you have no right to criticize me as a parent.”

Erica Diamond, Global Montreal’s life coach and parenting expert weighed in, adding that “public shaming of anyone at any age, let alone children, is very damaging to their self-esteem.

Every child is different and it’s important to recognize that.

So, should Harper still be using a dummy?

“I think it is still completely appropriate for a 4-year-old child to still need their pacifier,” said Diamond.

“By 2-4 years of age, children often give up their pacifier on their own, but every child will give up the act of self-soothing when they are ready.”

How Montreal meals corporations can develop whereas staying native