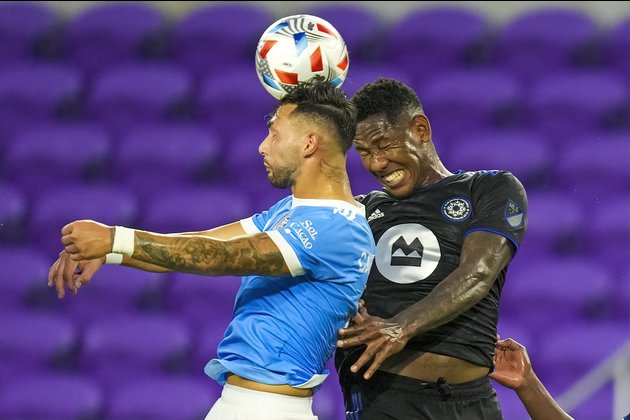 CF Montreal took their second straight win and extended their unbeaten streak to five games with a 2-1 win over New York City FC in Orlando on Wednesday.

NYCFC (5-4-2, 17 points) took on a goal from Keaton Parks in the 29th minute, but CF Montreal equalized in the 43rd minute after a penalty from Mason Toye.

It was only the second time that New York City had lost to Montreal in 13 games of all time (7-2-4).

Montreal had the early jump on this one, thinking they had a quick hit when Quioto’s shot from the right hit the net in the first minute. However, the game was decided offside.

Quioto came back behind the New York defense in the 13th minute and brought a Rudy Camacho feed in before being blocked by goalkeeper Luis Barraza.

The guests got back on their feet during half-time and spent more time in the attacking third, but failed to beat goalkeeper James Pantemis. In the 15th minute he came way out of his net to choke a loose ball before New York could strike a foot on it and in the 25th minute an attempt by Maximiliano Moralez of Pantemis was halted.

In the 29th minute, New York finally broke through. Striker Ismael Tajouri-Shradi dodged Montreal defender Zorhan Bassong before taking down Parks at the top of the box to make it 1-0.

It was the first time since the season opener that Montreal allowed a goal in the first half.

Toye equalized after Djordje Mihailovic was fouled in the penalty area by Sebastien Ibeagha. Toye pretended to jump right to Barraza, then curled up and aimed at an open left side of the net.

On Quioto’s decisive goal, Barraza came far out of the net to play the ball, but Quioto hit it first with his foot. Quioto rolled him from the right edge of the goalkeeper into the wide open cage.