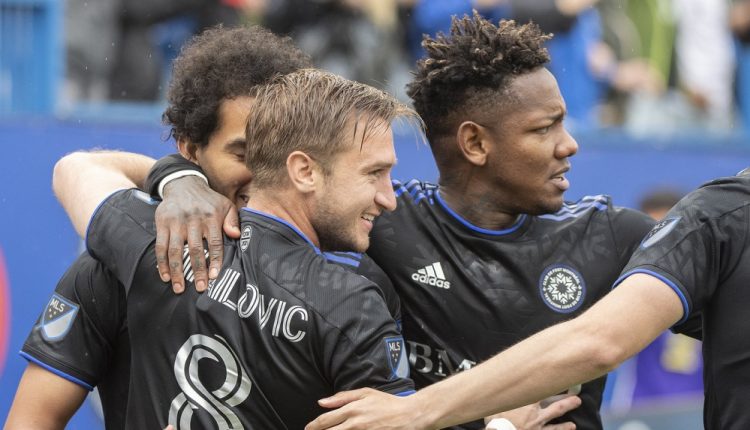 Star midfielder Djordje Mihailovic will be leaving CF Montreal at the end of the Major League Soccer season.

The team announced Wednesday that it sold Mihailovic’s playing rights to Dutch first-division club AZ Alkmaar for an undisclosed amount of money. The transfer is effective Jan. 1, 2023.

“This is a very exciting moment for me, but also sad, knowing that I will be leaving CF Montreal,” Mihailovic said in a statement. “When I joined this team from Chicago, I didn’t expect this kind of reception. I want to thank the fans for their support. It has been an incredible experience.”

Mihailovic was acquired by CF Montreal in 2021 after spending four seasons with the Chicago Fire.

Montreal surrendered a total of $800,000 in general allocation money to get Mihailovic out of Chicago.

The deal included the Fire retaining a percentage of an eventual transfer.

Mihailovic, 23, has played 54 regular-season games, including 50 starts and 4,306 minutes in two seasons with CF Montreal.

He was named team MVP last season after helping Montreal win the 2021 Canadian Championship and reach the quarterfinals of the CONCACAF Champions League.

“Europe has been his dream for many years, and I am happy we can contribute to his career objectives,” CF Montreal vice-president and chief sporting officer Olivier Renard said in a statement. “This agreement is a good fit for Djordje. It is a club he wanted to be a part of and where his qualities and style of play can be fully realized.”

So far this season, Mihailovic has scored a career-high seven goals and provided four assists.

The Chicago native has featured six times for the U.S. men’s national team, including two games at the 2019 Gold Cup.

CF Montreal’s next match is Saturday against the Chicago Fire at Soldier Field.