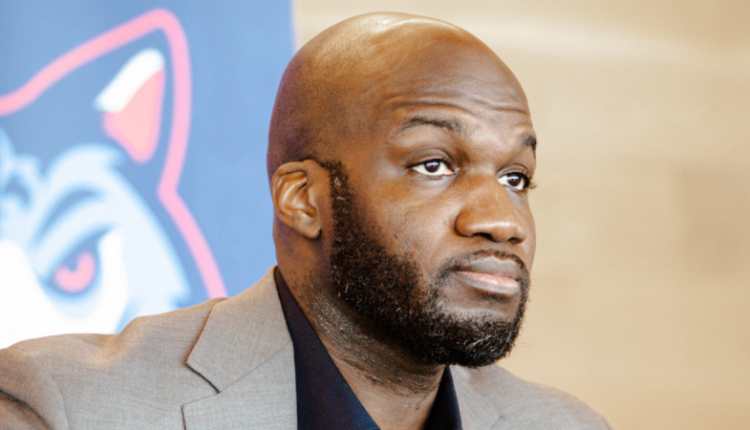 After a season that drew basketball fans from across Montreal to the Verdun Auditorium, Montreal Alliance management is looking forward to building on what the team built in its first season in the Canadian Elite Basketball League (CEBL).

The Alliance players unlaced sneakers on Aug. 1 after a 81-62 loss to the Ottawa BlackJacks to end the season 4-16, bottom of the table. The wins-losses stats, however, mirror the attendance stats that were top of the league.

“We have a lot to look forward to,” said Anthony. “We want to be able to put forward the best competitive team that we can.”

Anthony is one of three NBA champions from Montreal – along with Chicago Bulls center Bill Wennington (1996-1998) and Toronto Raptors Chris Boucher (2019). Anthony won a pair of rings with Lebron James and Dwayne Wade’s Miami Heat in 2012 and ’13.

Prior to coming home to Montreal, Anthony worked as an assistant coach with the Hamilton Honey Badgers for the past two years and spoke about adjusting to the new role of managing a team.

“There’s a lot of fires that have to get put out; you have to be a problem-solver in these situations when things are going on,” said Anthony. “It’s not like when you’re a player, you just focus on yourself… You have responsibilities for different people, so if things are going wrong, people are going to ask you to take care of things.”

Anthony’s Alliance flew out of the gates of the CEBL season with three wins and two losses, but injuries decimated the squad.

“It’s nothing to worry about as we are an expansion team, and the majority of our players were just out of college,” said communications manager Zachary Favreau.

Even with the losing record, fans flocked to the Verdun Auditorium. Favreau said the average attendance was 2,900 (in a 3,400-capacity arena), and the team had multiple sell-outs.

“We finished first in the league in ticket sales, attendance, merch sales,” he said. “Joel will be able to build around this young team and will make the adjustments necessary ahead of next season. As for the front office, we’re already working hard to make sure we break our own records.”

Favreau said there is already a long waiting list for courtside seats and over 500 season tickets are sold for 2023.

Anthony knew that there was a basketball scene in Montreal but did not know the team would be as immediately popular as it was, with lines wrapping around the auditorium for the team’s first game.

“Going into it, I wasn’t sure. I just knew that it was a great opportunity, and I had an understanding of the basketball community in Montreal and that was something that was growing, and I felt it was at a point where it was really going to be something that could be special,” said Anthony.

After Vancouver lost its NBA franchise to Memphis in 2001 after just six years in the league, Canada was left with only the Raptors north of the border for hoops fans.

Raptors pre-season games at the Bell Center have sold out in the past, and the Alliance numbers confirm one thing about the sport in the city: it’s on the rise.

“It’s something that’s definitely growing,” said Anthony, comparing Montreal’s vibe in the city to Toronto where there was first an acceptance, then a love for the game.

In 2022, Raptors fans are as visible as Leafs fans in the city, and the team’s Jurrasic Park outdoor viewing parties match the energy in the Rogers Centre.

Montreal’s metropolitan population of 4.9 million would rank the city in the top half of the league, ahead of the Golden State Warriors and Boston Celtics.

That, and hoops across the city seldom are underused.

Bennedict Mathurin became the highest draft pick from Montreal this year when he was picked sixth in the first round.

He will join Boucher, Oklahoma City Thunder Lugentz Dort, Indiana Pacer Chris Duarte, and Khem Birch of the Raptors, who are all from Montreal.

Boucher and Dort swung by the Verdun Arena to catch an Alliance game this season, and both are friends with several Montreal ballers, which Anthony sees trickling down to get young players excited about the prospect of playing at an elite level.

“That’s inspiring the youth, inspiring the new generation, and I’m really confident that you’re going to see more players come out of our city that is going to be able to have success and do well in the sport,” said Anthony . “I think it is continuing to grow.”

What about an NBA team?

“We haven’t found our ceiling yet in terms of our basketball community,” said Anthony. “In terms of an NBA team, I don’t think we’re there yet, but I feel that at least the potential is there.”

There was one question that was dangling, waiting to be asked: Is Lebron going to swing by Verdun to catch a game?

“Everyone’s been asking me, ‘who are you going to bring to these games?'” he said with a laugh. “But honestly, that’s part of it. The relationships that you’re able to build throughout this game.”

Quebec desires to place cameras in soon-to-be-built seniors’ items, elevating considerations for some