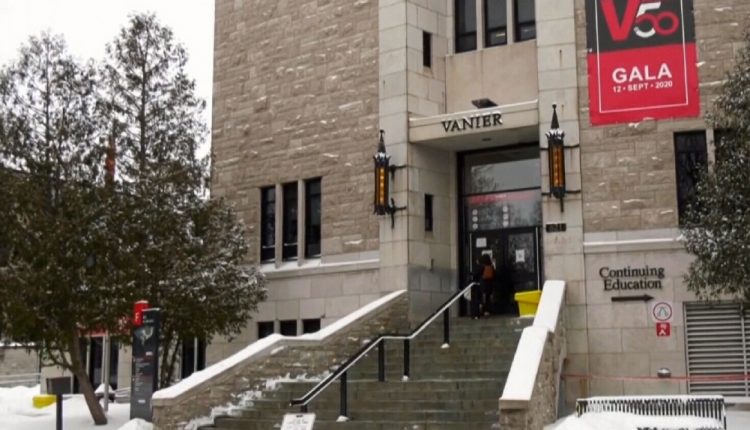 A flurry of changes to Quebec’s proposed new language law were either accepted or rejected Wednesday, helping show what the final law could look like as it slowly takes shape.

All of the proposals called for French-strengthening measures, but the CAQ government liked some and threw out others.

Liberal MNA David Birnbaum said that one of the accepted amendments to Bill 96 would compel students at English-language CEGEPs to take three of their courses in French.

The amendment was introduced by French Language Minister Simon Jolin-Barrette, he said, but it was inspired by the Liberals.

Another amendment that was accepted late Wednesday has been much more contentious: it would cap enrollment in English CEGEPs at the current level, even if there is an increase in demand every year for those CEGEPs.

A proposal introduced by the Parti Québécois, on the other hand, was rejected.

From the outset, groups that promote the French language in Quebec raised concerns with Bill 96’s higher-education provisions, saying they want to see the current French language charter applied to CEGEPs.

“If we’re serious about the future of French language in Quebec you have to put some tough action,” said PQ MNA, Pascal Bérubé.

However, the proposal was rejected by the government and opposition parties. The Liberals and Québec Solidaire joined the CAQ to vote against the amendment to the government’s current language bill, Bill 96, which is under review.

‘A WIN’ FOR BOTH ENGLISH AND FRENCH QUEBECERS

The Quebec Community Groups Network (QCGN) has many issues with Bill 96, but Wednesday’s vote, it said, is a win for the English community and also for francophones.

“I have yet to meet a single francophone who, after studying in an English language institution, loses the ability to speak French and their identity as Quebecers,” said Matt Aronson, secretary of the executive committee of the QCGN, in an interview.

Quebec’s minister of the French language, Simon Jolin-Barrette, said Bill 96 caps enrollment for English CEGEPs and adds the CAQ caucus is unanimous on the matter. He also said that his bill already included several measures to strengthen the status of French.

“Everybody agrees about the position the Quebec government tabled in that bill and I think that’s a good position that we have,” he said outside the chamber.

But Bérubé is frustrated with the CAQ government.

“I feel that we’re alone. The government is not nationalist, is not a threat to the anglophone community. They’re weak, they’re afraid,” he said.

He’s also calling for the language minister to step down.

“Simon Jolin Barrette should resign today as minister of the French language,” he said.

The Quebec Liberals say Quebec does not need to apply Bill 101 to CEGEPs because what’s already in place works just fine.

“English CEGEPs are not some grand scheme to anglicize Quebecers. That’s outrageous,” said Birnbaum, who is the Liberal language critic.

Quebec Solidaire believes the real problem lies with French in the workplace.

“If you want to protect the French language, it’s at work. People spend most of their lives at work,” said MNA Ruba Ghazal.

The language minister said he wants Bill 96 to be passed as soon as possible.

As the parties continue to debate many more of the proposed changes to the bill, the language minister is accusing the Liberals of dragging their feet.

10 Incredible Issues Not To Miss In Montreal, Canada