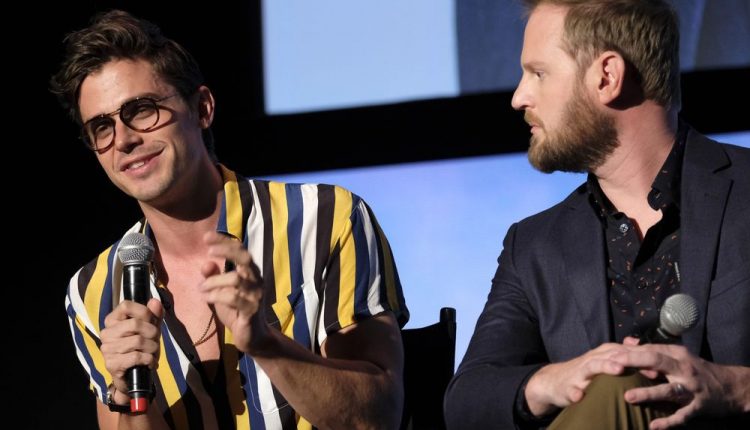 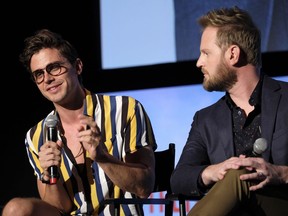 Postmedia may earn an affiliate commission from purchases made through our links on this page.

Before he hit it big dishing out food advice on Netflix’s smash hit Queer Eye, Antoni Porowski cut his culinary teeth in multicultural Montreal. He can wax poetic about Quebec corn, list his favorite cheeses at Montreal grocer Adonis, and has firm opinions about our best bagel.

“Montreal is just so multicultural and ethnic and diverse and it’s what makes us special,” said Porowski, who now lives in New York City. “I say ‘us’ like I still live there but I still do feel like a Montrealer.”

Porowski, 34, grew up in Brossard, studied psychology at Concordia University and worked as a waiter in Montreal before leaving for New York to pursue an acting career. On a whim, he applied to be the food expert on Queer Eye.

On the show, he is one of five experts who give hapless people a total makeover. Porowski’s job is to show them how to make basic meals so they can take care of themselves. That led to a deal for his own cookbook, which features easy recipes for the home cook, expected in 2019.

To coincide with the launch of the second season of Queer Eye last Friday, we quizzed Porowski about his favorite local food places.

COFFEE SHOP
Let’s begin as every day should begin: with coffee. What is Porowski’s favorite Montreal café? “Cafe Olimpico. Hands down.” The Mile End institution boasts some of the best espresso in town. The Queer Eye star was once a regular among the eclectic mix of characters at the St-Viateur St. establishment. “I remember being in my 20s, feeling a little disheveled from the prior night’s occurrences, and going and sitting outside and having this perfect little broth with the cold coffee mixed with milk and sugar, and just sipping on that, watching people pass by and keeping my sunglasses on, nursing a slight hangover.” 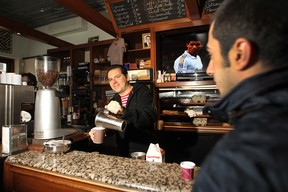 LOW KEY DINING
When it comes to casual dining in Montreal, the Queer Eye foodie sticks to his Polish roots, citing the venerable Stash Café in Old Montreal as one of his favorites. “There are grandmas in the basement, making pierogies by hand every frickin’ day, and they’re delicious.” He loves the chicken livers, schnitzel and chlodnik, a chilled beet soup. Another favorite is celebrity chef Chuck Hughes’s restaurant, Garde Manger, also in Old Montreal. Porowski was there when it opened, and prides himself on having been the first waiter there. He recommends the lobster poutine, the braised short-rib, and, of course, “Chuck’s deep-fried Mars bar was always so delicious.” 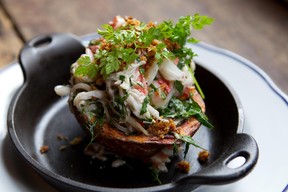 UPSCALE DINING
For a more extravagant meal, Porowski is fond of the Parc Ave. institution Milos, which serves traditional Greek fare. “I love Greek food in the summer,” he said. Milos is at the top of Porowski’s list thanks to “the oil that they get to the fresh oregano that they cut in, and just the selection of fish that they have there.” Another favorite: Queue de Cheval on Mountain St. for the dry-aged steak. 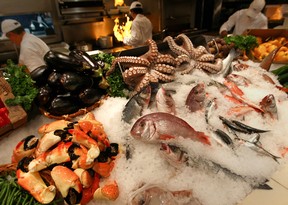 POUTINE
He might be a famous foodie now but “I’m not above a ‘Belle Prov’ or a Lafleur” poutine, Porowski confessed. But he favors higher-end versions of Quebec’s culinary delight — the foie gras poutine from Au Pied de Cochon and the lobster variety from Garde Manger. And he’s a fan of the 24-hour poutine purveyor La Banquise on Rachel St. E., especially its gravy. “It’s how gravy’s supposed to be. There’s not too much flour, you can see the brown of the meat.” His favorite Banquise creation? “La Galvaude,” made with chicken and peas.

GROCERY STORE/MARKET
When it comes to picking up ingredients for one of his meals, Porowski is partial to an open-air market. “I just think it’s such eye candy,” he explained. “I remember getting that sweet Quebec corn when it’s at its prime at Jean-Talon (Market). You just pack it into bags and cut it off the cob and freeze it and try to keep it for as long as you possibly can.” And where would he shop on a cold winter day? “Marche Adonis. It’s such a treasure.” He’s a big fan of the wide variety of low-priced cheeses there, mentioning feta, halloumi and tresse, a Syrian string cheese. 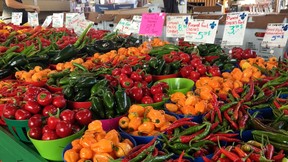 BAGEL
And now, the most important Montreal food opinion: where would he get his bagels? “Hands down, it’s not up for discussion: St-Viateur. We used to go there after Polish school on Saturdays and my father would get two dozen. The bagel guy would always give me a nice warm sesame bagel.” Porowski now lives in Brooklyn but is he still on the right side of the classic Montreal-vs.-New York bagel debate? “I’m going to get a bit of hate for this, but I don’t care, cause I’m a Montrealer,” he said. “Montreal bagels are much better than US bagels, because there’s a sweetness to the dough, and there’s a pull. New York bagels are basically bread in the shape of a bagel.”